Mayor will not discipline police chief over rec center incident 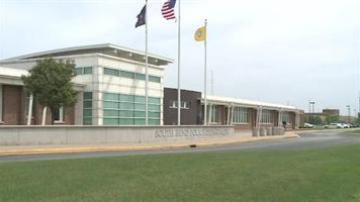 SOUTH BEND, Ind. -- South Bend Mayor Pete Buttigieg will not be handing down any disciplinary action on Police Chief Ron Teachman related to the events at the Martin Luther King Jr Rec Center.

The announcement was made after an executive session of the Board of Public Safety Wednesday morning.

According to Mayor Buttigieg, the Indiana State Police report did not convince him that Teachman violated any part of the police officer duty manual.

Teachman was accused of being present for a fight at the rec center and not backing up a fellow officer who was trying to stop it.

The state police conducted an investigation into the allegation and provided their report to the Board of Public Safety nearly two weeks ago.

Mayor Buttigieg said the accusation against Teachman was unwarranted.

"Some folks are looking to make a mountain out of a mole hill," said Buttigieg.

He wants the people of South Bend to accept his decision without any further scrutiny of Chief Teachman's actions.

"There are a lot of different recollections about what happened, but as you read them all it's pretty clear that nothing happened that warrants disciplinary action," said Buttigieg.

We asked if he would release the report, but he denied that request.

"You know the administration has a policy of protecting privacy and that's why we don't release personnel records," said Buttigieg.

But every other police officer's mistakes are shared openly at public hearings of the Board of Public Safety.

But the police chief is different. When it comes to dealing with the chief, the Board of Public Safety can only make a recommendation to the mayor about what he should do.

Some of the board members want to see the mayor fire Teachman.

But that decision lies solely with the mayor.

"I made a decision that I have full confidence in my chief of police," said Buttigieg.

But not everyone else does.

Pat Cottrell, the president of the Board of Public Safety, was so upset with what the report said and how the mayor chose to deal with it that he resigned from the board.

Cottrell released a statement late this afternoon. Click here to read it.

Cottrell was a South Bend Police officer for more than 20 years. He was appointed to the board in 2005 by then-Mayor Steve Luecke. He has been the president of the board for several years now.