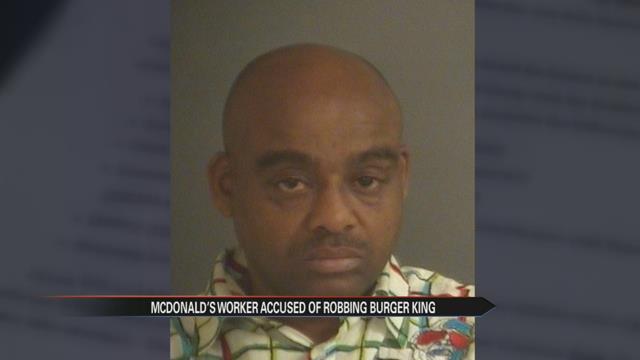 Police say a local McDonald’s employee is responsible for a robbery at a nearby Burger King.

Timothy Williams is charged with felony robbery for the incident on September 10th.

According to charging documents from the St. Joseph County Prosecutor’s Office, Williams came to work at the McDonalds on Western Ave. intoxicated and was told to go home.

Officials say Williams, walked into the Burger King down the road. After ordering a breakfast sandwich, he allegedly reached across the counter and grabbed the cashier by her scarf.

The cashier told police the suspect then demanded all of the money in the register, threatening to “start keying everyone up.” He grabbed two handfuls of money from the register and ran off.

Williams was quickly identified by employees at both fast food restaurants through security footage.

With a warrant out for his arrest, South Bend Police arrested Williams on Saturday.

Because of prior convictions, including rape, robbery, and domestic battery ,Williams could face an enhanced sentence for being a habitual offender.

Williams is being held at the St. Joseph County Jail on a ten thousand dollar cash bond. His initial hearing is set for September 29th.