McMaster declines to say whether Western Wall is in Israel 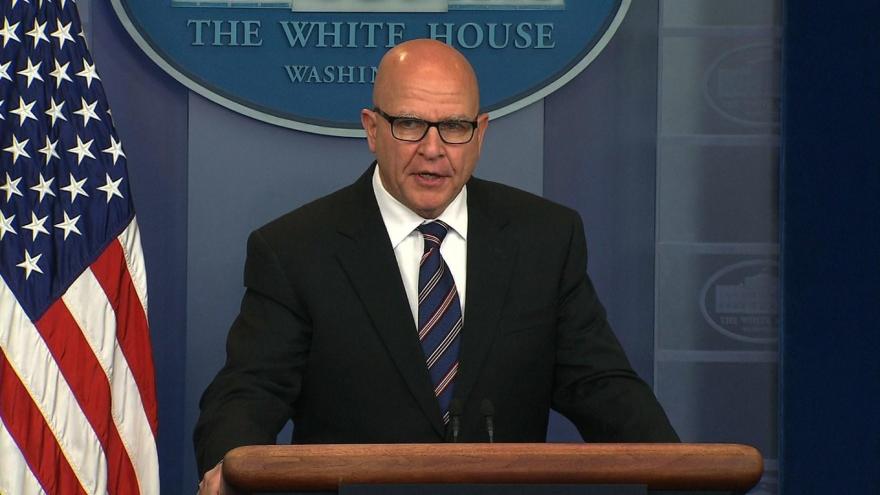 WASHINGTON (CNN) -- H.R. McMaster, national security adviser to President Donald Trump, declined to say Tuesday whether the Western Wall is in Israel, furthering a controversy over the site ahead of Trump's visit to the country next week.

McMaster, speaking to reporters to preview Trump's first foreign swing, said questions about the location of the Western Wall -- one of the holiest sites in Judaism -- "sounds like a policy decision."

His remarks came a day after a diplomatic spat opened between US and Israeli officials over Trump's planned stop at the site next week. The White House was forced to disavow comments by a US official planning Trump's stop who claimed the Western Wall was in the West Bank, and not a part of Israeli territory.

The White House said those comments weren't reflective of Trump's views. But speaking to reporters Tuesday, McMaster twice declined to say definitively whether the Western Wall is in Israel.

The Western Wall sits in Old Jerusalem, which the Israelis captured in 1967. However, Palestinians are seeking East Jerusalem as the capital of an eventual state.

Briefing reporters after McMaster Tuesday, White House press secretary Sean Spicer said the Western Wall was "clearly in Jerusalem" but declined to say whether it was a part of Israel. He said the topic would be discussed between Trump and his counterparts during next week's trip.

Longstanding US policy has stated that the status of Jerusalem will be determined in peace talks between the two parties, and has taken steps to avoid declaring Jerusalem as belonging to either side. Trump, however, has vowed to break with that policy by moving the US embassy from Tel Aviv to Jerusalem.

Trump is due to arrive in Israel Monday for talks with Prime Minister Benjamin Netanyahu. He's also due to meet with Palestinian President Mahmoud Abbas in Bethlehem.

McMaster said Tuesday that Trump would not be accompanied by any Israeli leaders when he visits the Western Wall next week. He'll be the first sitting US president to make a stop at the site.

"He's going to the Western Wall mainly in connection with the theme to connect with three of the world's great religions and to pay homage to each of these religious sites that he's visiting," McMaster said.