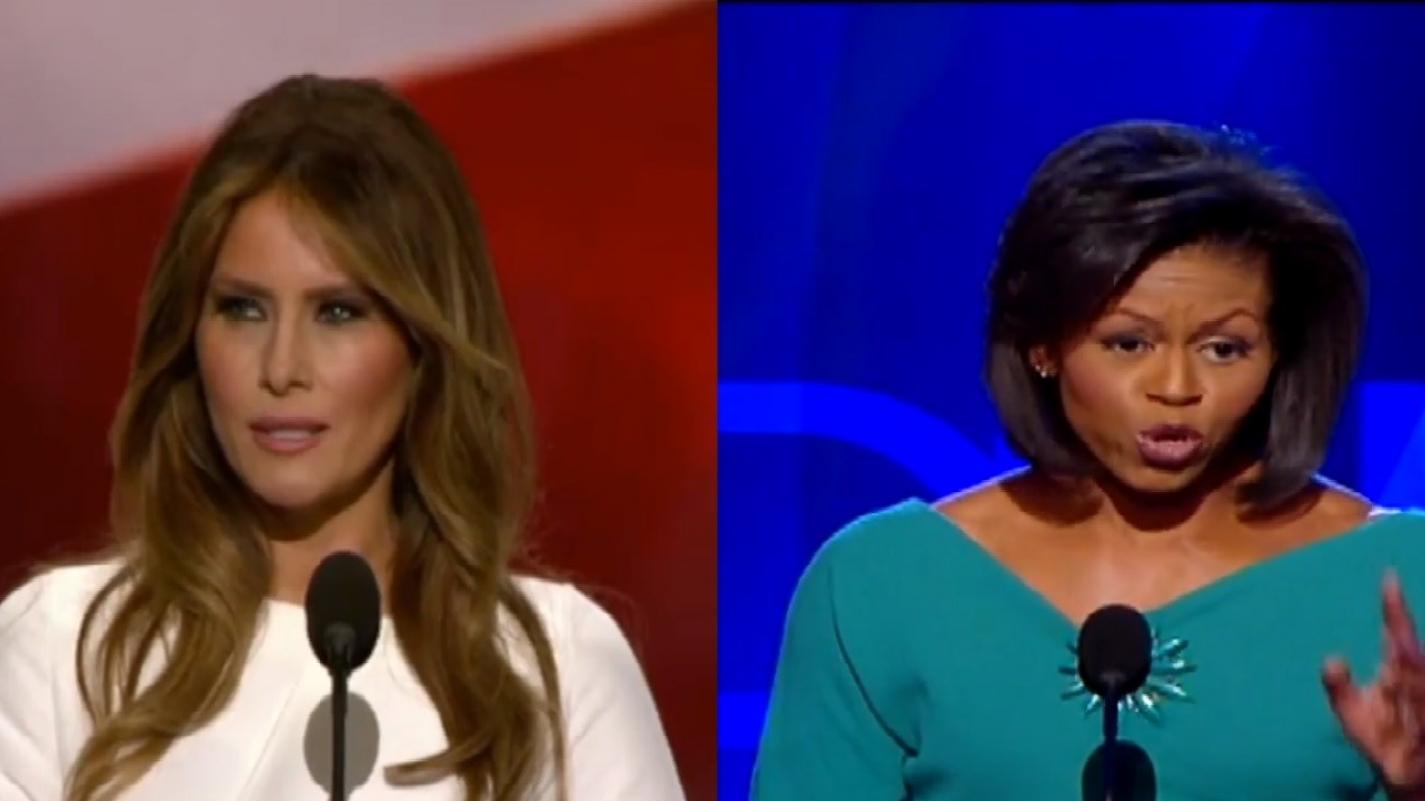 (ABC NEWS) -- Melania Trump delivered the most anticipated speech on the first night of the Republican National Convention, but portions of her remarks bear striking similarities to Michelle Obama's speech to the Democratic National Convention eight years ago.

In a portion of the speech where Trump discussed her upbringing, she said "from a young age, my parents impressed on me the values that you work hard for what you want in life; that your word is your bond and you do what you say and keep your promise; that you treat people with respect."

Roughly eight years earlier, Michelle Obama said that "Barack and I were raised with so many of the same values: like you work hard for what you want in life; that your word is your bond and you do what you say you're going to do; that you treat people with dignity and respect."

Another point in Melania Trump's speech that is similar to the first lady's came when she was talking about the young people of the United States.

Trump was speaking about how she wants to impart their values on their son "because we want our children in this nation to know that the only limit to your achievements is the strength of your dreams and your willingness to work for them."

In the first lady's speech, she expressed some of the same goals for generations to come.

"Because we want our children and all children in this nation to know that the only limit to the height of your achievements is the reach of your dreams and your willingness to work for them." 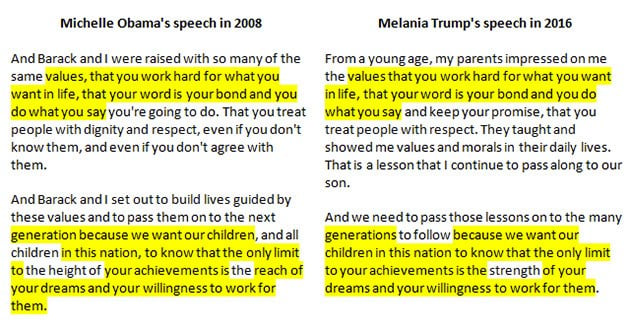 The Trump campaign released a statement early Tuesday morning addressing the controversy, saying, in part, "Melania's team of writers took notes on her life’s inspirations, and in some instances included fragments that reflected her own thinking."

The Trumps met with Matt Lauer, of the "Today Show," on their plane before arriving at the convention center in Cleveland and Melania Trump said that she worked on the speech herself.

“I read once over it but that’s all because I wrote it with [as] little help as possible,” she said in the interview, a clip of which was released in light of the comparisons.

In a tweet, Donald Trump praised his wife's speech.

It was truly an honor to introduce my wife, Melania. Her speech and demeanor were absolutely incredible. Very proud! #GOPConvention