Men arrested after allegedly admitting to stealing items from apartment 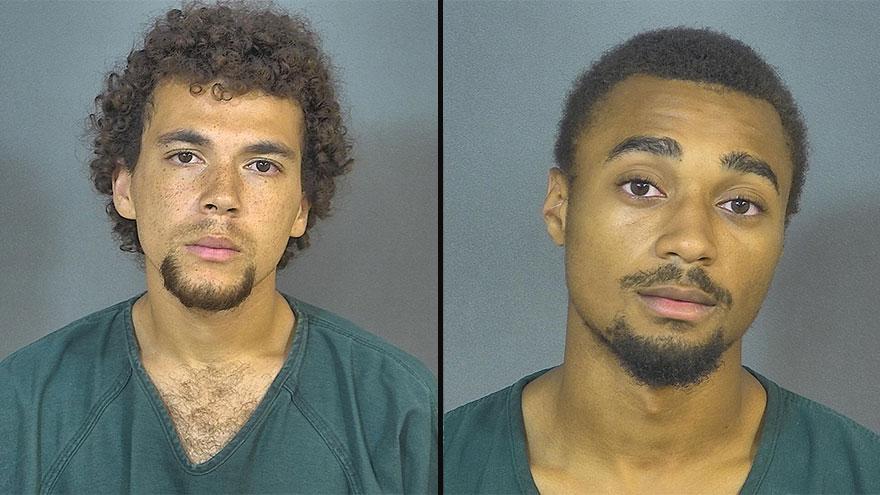 MISHAWAKA, Ind. -- Two men were arrested after they allegedly admitted to stealing items from an apartment, according to court records.

Around 2 a.m. on September 17, Mishawaka Police were called to 1015 Iowa Street to investigate a burglary at one of the two apartments in the duplex.

The caller told police the renter at 1015 told her Dominique Smith and Corey Phillips lef unit 1015 and broke into the apartment next door through the bathroom window and took a television, DVD player and other items, according to the probable cause affidavit.

The men then returned to unit 1015 with the stolen items, reports said.

After the resident of 1015 and the person who called police spoke, they decided to tell the men to return the stolen items and leave the property, reports said.

After Smith and Phillips were told to return the neighbor's property, they left the property with most of the items they had taken.

They returned to unit 1015 and refused to leave, so the resident called police.

When police arrived, they located a bag with a small television and a DVD player in unit 1015. Police spoke with the resident of the apartment next door and she accurately described the TV and DVD player, according to reports.

When officers spoke with Smith and Phillips, they allegedly admitted to breaking into the apartment next door. They said they felt bad, so they returned the items, reports said.

Smith and Phillips are each charged with one count of burglary.

Smith and Phillips admitted breaking into the apartment next door. They said they felt bad so they returned the items, reports said.