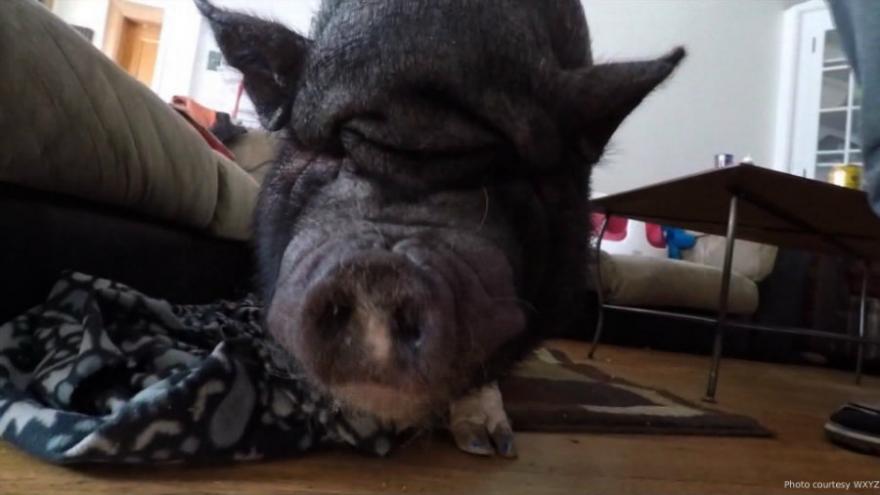 YPSILANTI, MI (WXYZ) -- You are welcome to stay- but your livestock has to go. That is the message the city of Ypsilanti is giving a couple living in a house with four potbelly pigs.

Now the couple is arguing their case in court, saying their pigs are much more than just livestock.

“This is Vinny. He is our second oldest,” said Jeffery Rowland as he introduces WXYZ to his pigs.

He and his wife Stephanie Rowland say their four pigs are part of their family. They both are on disability and say the pigs ease their symptoms of anxiety or bipolar disorder.

“What you have to have are doctors notes. I have between me and Jeff, eleven doctors who say: they need this,” said Stephanie.

Nonetheless the city of Ypsilanti sent them notice.

The four 150 pound pigs are livestock and not allowed in city limits.

The city’s attorney says pigs do not qualify as service animals under the law, so there will be no exceptions to the ordinance. The pigs should live somewhere more suitable for livestock.

“I am very worried for my wife,” said Jeffery.

The Rowlands say in their opinion the pigs do more than provide emotional support that the doctors notes describe. Stephanie says when her blood sugar gets low, one of the pigs lets her know by putting his head between her legs.

A judge yesterday heard arguments from this couple as they represented themselves in court and from the city. Now both sides will submit briefs.

The Rowlands say they understand the controversy, because their pigs are unique.

“The skepticism is healthy because it keeps people honest,” said Jeffery.

A judge could make a decision as soon as March.