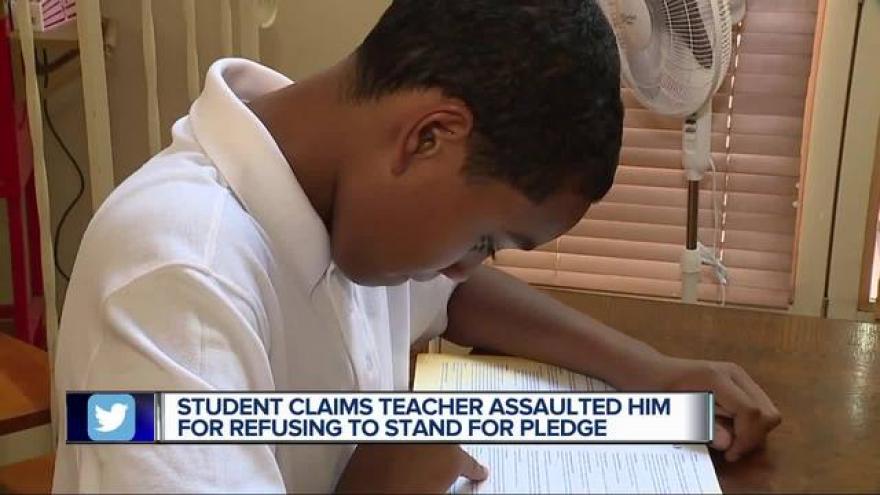 FARMINGTON HILLS, Mich. (WXYZ/CNN) -- A staff member is on administrative leave after a student says a teacher assaulted him because for not standing for the pledge.

According to Brian Chaney, his 11-year old son Stone Chaney was in homeroom class the first week of school when a teacher snatched him out of his seat and forced him to stand for the pledge.

"He said, 'During the pledge the teacher snatched me out of my chair,'” Brian said.

Stone is a sixth grader at East Middle School in Farmington Hills.

He says he’s been sitting for the pledge since second grade when his father explained why he had the choice.

His father says there’s never been an issue until now.

Stone says the next day, another teacher yelled at him for the same thing, asking him if he had permission to sit during the pledge.

"For him to be violently snatched out of his chair by a lady and order him to stand and for her to just glare at him, it's wrong, it's a violation of civil rights.”

“We respect the rights of any individual to make personal choices around issues of faith and beliefs. We're disappointed that we're even having the conversation,” Heitsch said.

One staff member has been placed on administrative leave.