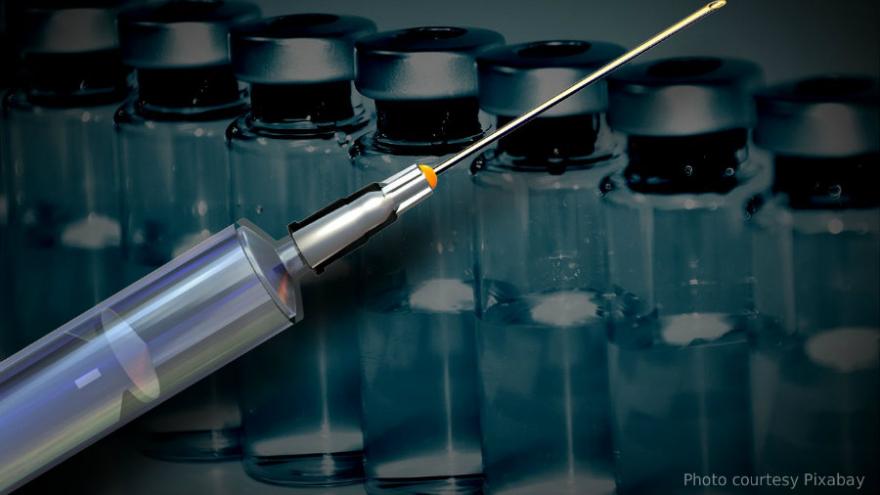 Detroit, Mich. (WXYZ) -- If you have kids, their health, their safety is your top priority.

However, what if doing what you think is best, could land you behind bars?

A Metro Detroit mother is facing jail time because of her beliefs when it comes to vaccinations and her kid.

"I would rather sit behind bars standing up for what I believe in, than giving in to something I strongly don't believe in," says Rebecca Bredow.

Bredow, a mother of two, has one week to get her son vaccinated and if she does not comply with the order of an Oakland County judge, she will be thrown in jail.

Rebecca believes in parents having the choice to make the right decision for their children based on the parent's knowledge of vaccines and the child.

Rebecca tells 7 Action News that she and dad made the decision to space out and delay some their little ones vaccines.

"It wasn’t until they started grouping them together that I backed off of doing vaccines," she says.

Rebecca hit the books, educated herself, she says, on the research, literature and studies. She concluded that waivers were the best way to go, the best for her baby boy. After all, the state of Michigan offers that option, explains Joel Dorfman.

"We’re fortunate in the state of Michigan that’s still permitted, still allow religious, personal and medical exemptions for parents who chose to delay, to skip a vaccine to make various choices," says Doorman.

Rebecca and her ex-husband do not see eye-to-eye. Their conflict has become a court battle.

According to court documents. the child’s father wants their son vaccinated. Rebecca makes it clear where she stands on the issue.

"I feel angry. I feel backed into a corner. I feel like my rights as a parent have been taken away," she says.

Rebecca is sharing her side with us, something she says she has yet to be able to do in court.

She believes every parent should have a choice and should also have the right to have both of their voices heard.

"Why automatically side with the father that wants the vaccines? What about my choice as a mother?," says Rebecca.

Rebecca tells 7 Action News, she is the primary caregiver for their son.

She will spend the next days trying to figure out how not to go to jail.

When it comes to how much time she would spend behind bars, if it indeed comes down to it, that is up to the court to decide.