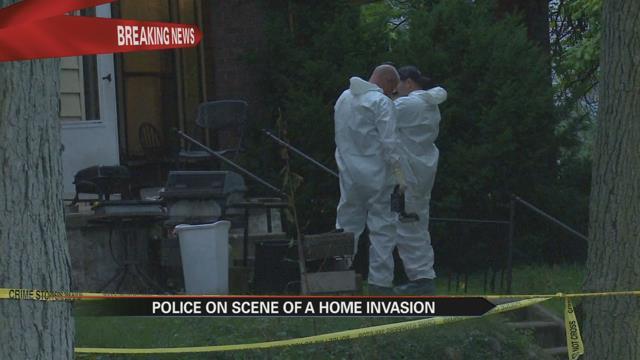 South Bend Police were called to a home in the 500 block of S. Carroll Street around 4 a.m. for reports of a home invasion.

When police arrived, they located the body of a man. Officials say they also found an injured female victim with multiple stab wounds.

A resident heard a commotion Tuesday morning and called 9-1-1.

"I woke up approximately 3:30/4 a.m. I heard screaming next door to my room. I live upstairs right there. There were screaming, I heard a thump on the floor and more screaming," said Bill Dugger.

CMHU Commander Tim Corbett says when his team arrived on scene, they got a search warrant for the home and began the investigation.

Dugger didn't know his neighbors well, but said the victim and the woman who lived with him seemed nice.

CMHU says the call was not a home invasion, but did not provide any additional details.