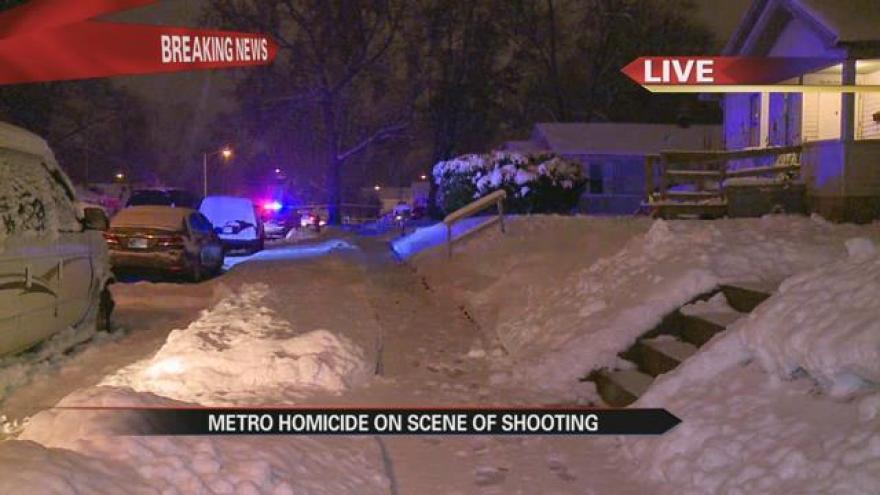 Police are investigating a homicide in a home in the 1300 block of 31st Street in South Bend.

Around 10:10 p.m. Sunday night, South Bend Police were called to a home for a report of shots fired.

Police found a male victim, 25-year-old Curdin A Gizewski, who police say died of an apparent gunshot wound inside the home.

The St. Joseph County Metro Homicide Unit was called to the scene to investigate.

According to police, three other adults and two young children were in the home at the time of the shooting.

Initial information was that a family dispute resulted in shots being fired and the victim sustaining lethal injuries.

Investigators conducted several interviews with witnesses that were at the residence when the shooting occurred and 47-year-old James Griffin was taken into custody.

Griffin currently being held at the St. Joseph County Jail on a preliminary charge of manslaughter.

Police say the children are safe with family members.

An autopsy has been scheduled for tomorrow morning, Tuesday, in Kalamazoo, Michigan.

Metro Homicide investigating a shooting in the 1300 block of S 31st -- the River Park neighborhood. pic.twitter.com/9hw1G6Pm0o

SBPD have about half a dozen cars on scene. In and out of one home. pic.twitter.com/ZoP7n77eWk

One male victim, believed to have been shot. No one else hurt.

SBPD says Metro Homicide is now taking over the scene and will be leading the investigation.