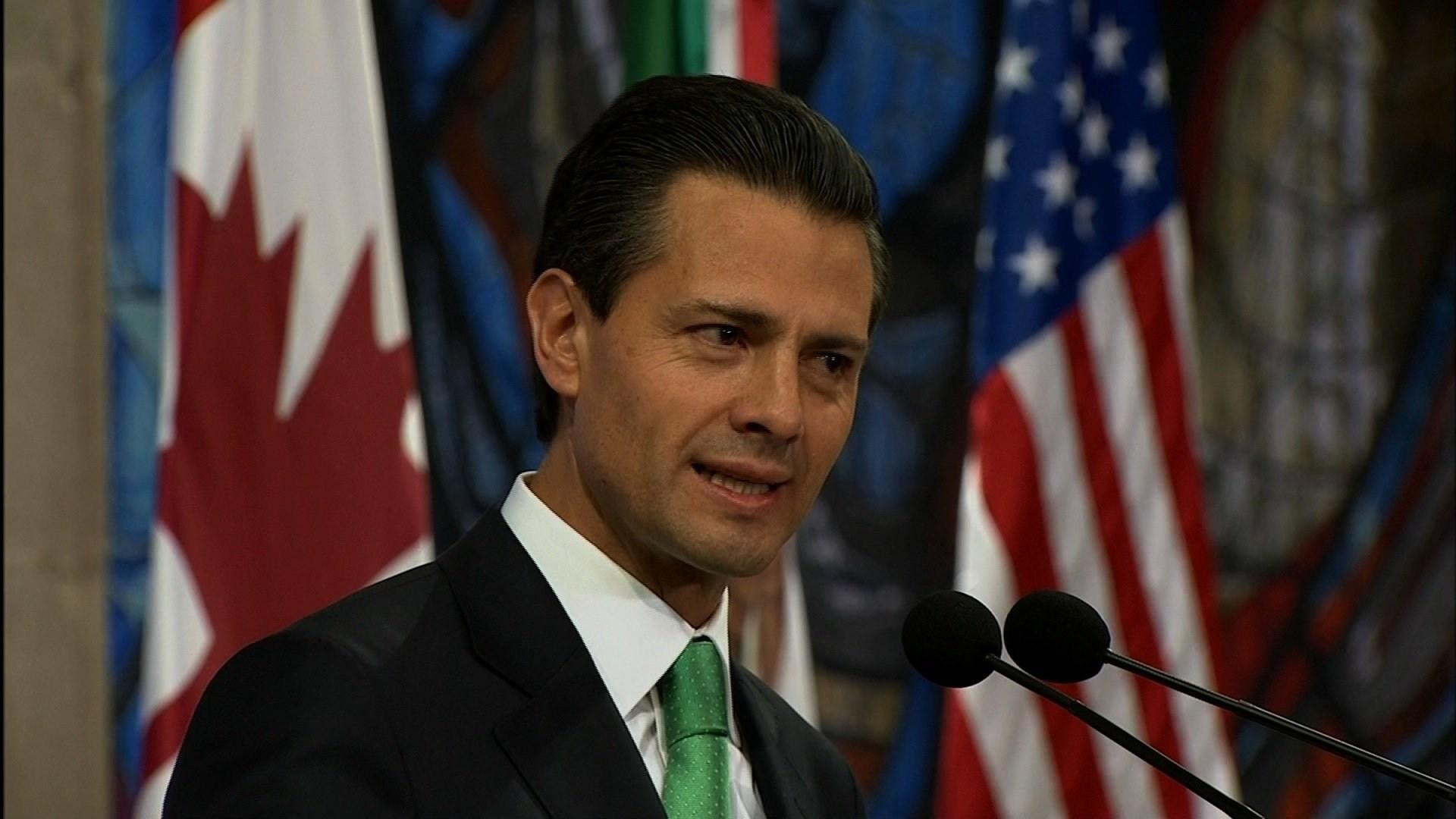 The leader signed an initiative changing the country's Constitution, but he will need congressional approval for it to take effect.

"I signed reform initiatives to promote marriage equality (#MatrimonioIgualitario) and its addition to the Constitution and the Federal Civil Code," he tweeted.

Nieto used the hashtag #SinHomofobia (without homophobia) on his official Twitter page and added a rainbow flag to his Twitter avatar.

Mexico's secretary of finance and public credit tweeted, "Why fight?" with a rainbow background.