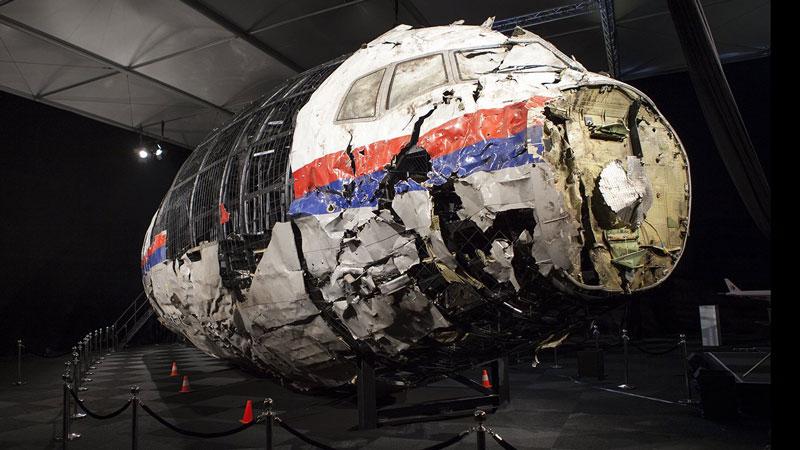 (CNN) -- Ukrainian authorities had "sufficient reason" to close the airspace over conflict-stricken eastern Ukraine before the downing of Malaysia Airlines Flight 17, according to the findings of a Dutch investigation into the crash.

The Boeing 777 was heading from Amsterdam to Malaysia when it was shot down on July 17, 2014, over Ukrainian territory controlled by pro-Russian separatists. All 298 people aboard the aircraft died in the crash.

The Dutch Safety Board (DSB) said whatever happened to the plane happened quickly, leaving the passengers dazed or unconscious. And while it's not clear if anyone died in midair, no one could have survived the plane's impact with the ground, the DSB said.

The DSB took the lead in the crash investigation at the request of Ukraine, which remains locked in conflict with pro-Russian separatists in its eastern Donetsk and Luhansk regions.

Its report, released Tuesday, said MH17 crashed after a missile warhead exploded outside the cockpit.

The report said that between the end of April and July 17, 2014, Ukraine had reported that at least 16 of its forces' helicopters and planes had been shot down.

The decision-making process over Ukraine's airspace "was dominated by the interests of military aviation," it said.

The Prime Minister of Malaysia -- which lost 43 citizens in the crash -- issued a statement after the report's release. "Of the 160 flights that were on MH17's general route that day, not one was advised by the relevant authorities against any specific threat," Prime Minister Najib Razak said.

Announcing the board's findings at Gilze-Rijen airbase in the Netherlands, its chairman Tjibbe Joustra said: "As a precaution, there was sufficient reason for Ukraine authorities to close the airspace above the eastern part of the country where armed conflict was taking place."

Joustra said the warhead that downed the plane fit a Buk rocket system, referring to Russian military technology. But Russian officials who participated in the investigation said it was not possible to confirm the warhead or type of system, according to Joustra.

"All representatives from the states participating in the investigation endorse the conclusion that the crash was caused by the detonation of a warhead in close proximity to the airplane," Joustra said.

"Not all of the representatives endorsed the conclusion that a 9N314M warhead was involved. In its comments on our reports, the Russian Federation states that it is not possible to determine the type of warhead or the type of missile that carried this with certainty."

In an appendix to its main report, the DSB said Russia indicated that MH17 was downed by a missile that could have been fired from either the ground or an airplane.

Almaz-Antey's CEO said at a news conference Tuesday that the company believed an older warhead, which fitted a missile system now only used by Ukraine's military, had been used, TASS said.

The Russian government on Tuesday argued that the DBS ignored Almaz-Antey's conclusions about the crash, and questioned the transparency of the investigation.

Russian Foreign Ministry spokeswoman Maria Zakharova said the investigation should continue, be corrected, and include "governments that possess materials that could shed light on the catastrophe."

The DSB said that perforation of "pre-formed fragments" had immediately killed three of the plane's crew members after the warhead exploded.

But it said no such fragments were found in other passengers and it was "likely that the occupants were barely able to comprehend the situation in which they found themselves."

"As a result of the impact, they were exposed to extreme and many different, interacting factors: abrupt deceleration and acceleration, decompression and associated mist formation, decrease in oxygen level, extreme cold, strong airflow, the aeroplane's very rapid descent and objects flying around," the board's report said.

"As a result, some occupants suffered serious injuries that were probably fatal. In others, the exposure led to reduced awareness or unconsciousness within a very short time. It was not possible to ascertain at which moment the occupants died. The impact on the ground was not survivable.

"The Dutch Safety Board did not find any indications of conscious actions performed by the occupants after the missile's detonation."

Relatives of the crash victims were informed of the findings ahead of the report's release, the Dutch Safety Board said.

Ukrainian President Petro Poroshenko commented Tuesday on the results of the investigation.

"The missile was launched from the territory occupied by Russians," Poroshenko alleged in a quote posted to his official website. "Dutch investigators cannot reveal the surnames of criminals. It should be done by the international tribunal."

Poroshenko noted that Russia had vetoed the establishment of such a tribunal by the U.N. Security Council in July.

Also Tuesday, Dutch Prime Minister Mark Rutte said of those who brought down the plane: "We must do the utmost so that the people who did it will not avoid ... punishment."

Rutte added that the investigation has had "an enormous impact" on the Netherlands' relationship with Russia.

"What I would really like to do is to call on the Russian authorities to respect and also give full cooperation to this report and the continued investigation that the criminal prosecutors are doing," he told reporters Tuesday.

The DSB's investigation was not concerned with blame or liability, which falls to a separate criminal investigation lead by Dutch prosecutors and known as the Joint Investigation Team (JIT).

The Dutch prosecutor leading the JIT said its effort would continue into 2016, though he noted the heavy burden in proving a criminal case.

"Ultimately, we have to establish it could have been no other weapon than a Buk and that any other alternatives can be ruled out without any doubt," prosecutor Fred Westerbeke said Tuesday.

Westerbeke said gathering witness accounts from a conflict zone was difficult and time consuming and further forensic investigation was needed to establish exactly where the warhead that downed MH17 had been fired from.

The disaster and its aftermath -- when armed men initially prevented international monitors from reaching the crash site and recovering the scattered bodies -- shocked the world.

The greatest loss was suffered by the Netherlands, which had 196 of its citizens on board the flight. Dozens of Malaysians and Australians were also on the plane, as were smaller numbers of UK, Indonesian, Belgian, German, Philippine and Canadian nationals. Disputes over who is responsible have soured relations between Moscow and the West.

Several Western nations and the Ukrainian government have accused pro-Russia separatists operating in the region of shooting down the plane with a missile.

Rebel leaders and the Russian government have repeatedly disputed those allegations, and have suggested instead that Ukrainian forces shot the plane down with either a surface-to-air missile or one of their own fighter jets.

Even before the MH17 disaster, Western nations accused Russia of supplying the rebels in Ukraine. The United States and the European Union imposed sanctions against Russia last year to punish it for this and its annexation of the Ukrainian peninsula of Crimea.