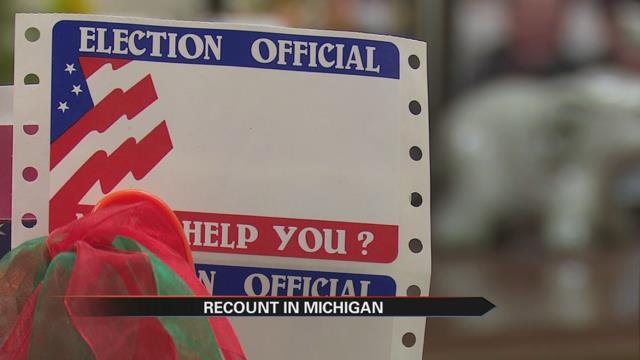 A ‘huge headache’ is how the Cass County Clerk describes the presidential recount taking place in Michigan this week.

“It’s a lot of work and it’s a lot of money when it absolutely will not change the results,” Cass County Clerk Monica Kennedy said.

Kennedy and her staff are ready, but not thrilled, for a presidential recount happening thanks to Green Party Presidential Nominee Dr. Jill Stein.

“We are happy to do our job no matter what,” Kennedy said. “However, when it’s a large margin of victory as this, it is very frustrating, especially when the candidate acknowledges it will not change the outcome of the election.”

According to county voting records, 22,574 people voted for president in Cass County in November.

Stein has said in recent interviews she does not expect the recount to change the election results, but she wants to ensure voting methods are accurate.

When asked if there’s any proof of election tampering in Cass County, Kennedy said: “Absolutely not. And I am proud to say that I had no phone calls or complaints the day of the election or any days after the election.”

But a recount is not just burdensome for county clerks.

“Unfortunately, it is going to cost the taxpayers of Cass County money,” Kennedy said.

Stein and her campaign had to raise the equivalent of $125 per precinct in Michigan to make a recount happen.

They did just that, but Kennedy said the recount could cost thousands more than the $3,000 check she will receive from the Stein campaign to fund the recount in Cass County; and taxpayers will be footing the bill.

The Berrien County Clerk and her staff were so caught up in recount preparation Monday, nobody could spare 10 minutes for an interview.

According to county voting records, 72,031 people voted for president in Berrien County in November.

“I look forward to the results proving that the job was done well on Election Day,” Kennedy said.

The recounts in Berrien and Cass county will take place Wednesday, December 7 starting at 9 a.m. They are open to the public.

Teams of two will be sorting through every paper ballot one by one.

The Berrien County recount will take place at the South County Building in Niles at 1205 N. Front Street.

The Cass County recount will take place at Southwestern Michigan College in Dowagiac.