Michiana entering the coldest time of the year

NOW: Michiana entering the coldest time of the year

Thursday did not feel like a January day across Michiana, with sunshine and highs in the 40s.

It's more of the same in South Bend, which is in the midst of both a top-20 warmest January and meteorological winter. In fact, through the first three weeks of the month, we have yet to experience a day with below-normal temperatures in South Bend. 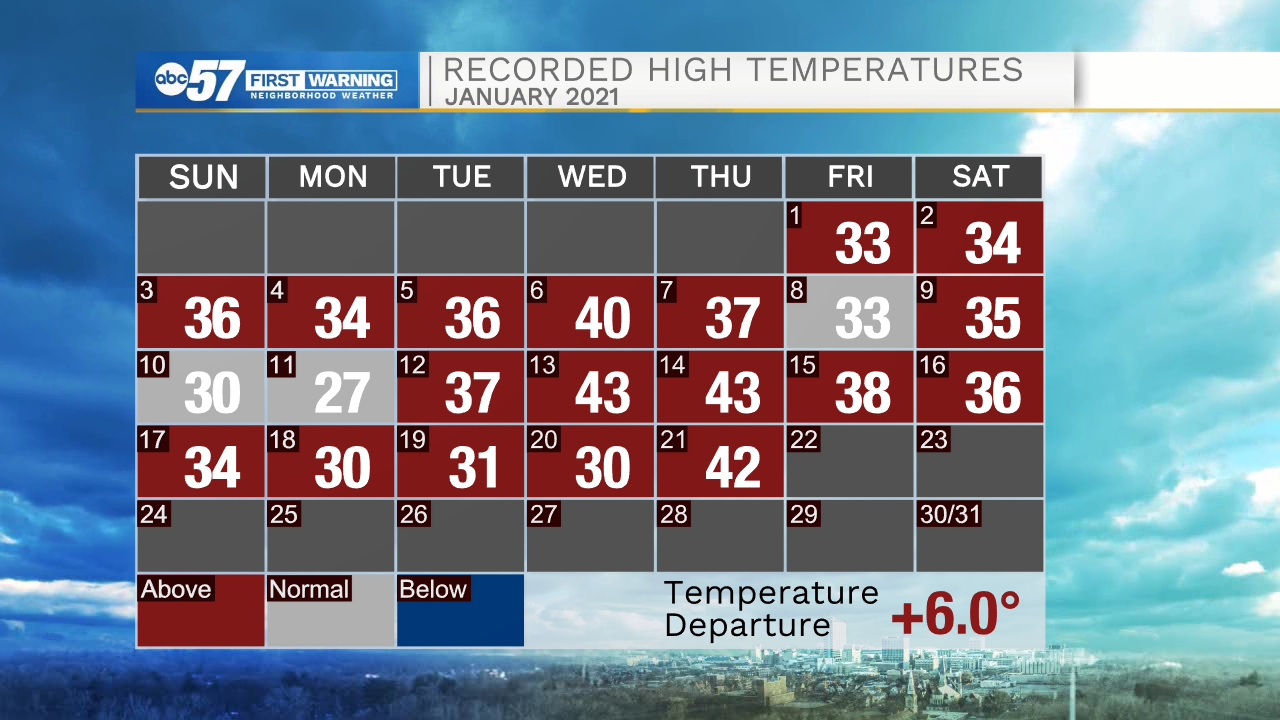 However, we are now in the midst of what is typically the coldest time of year in Michiana. 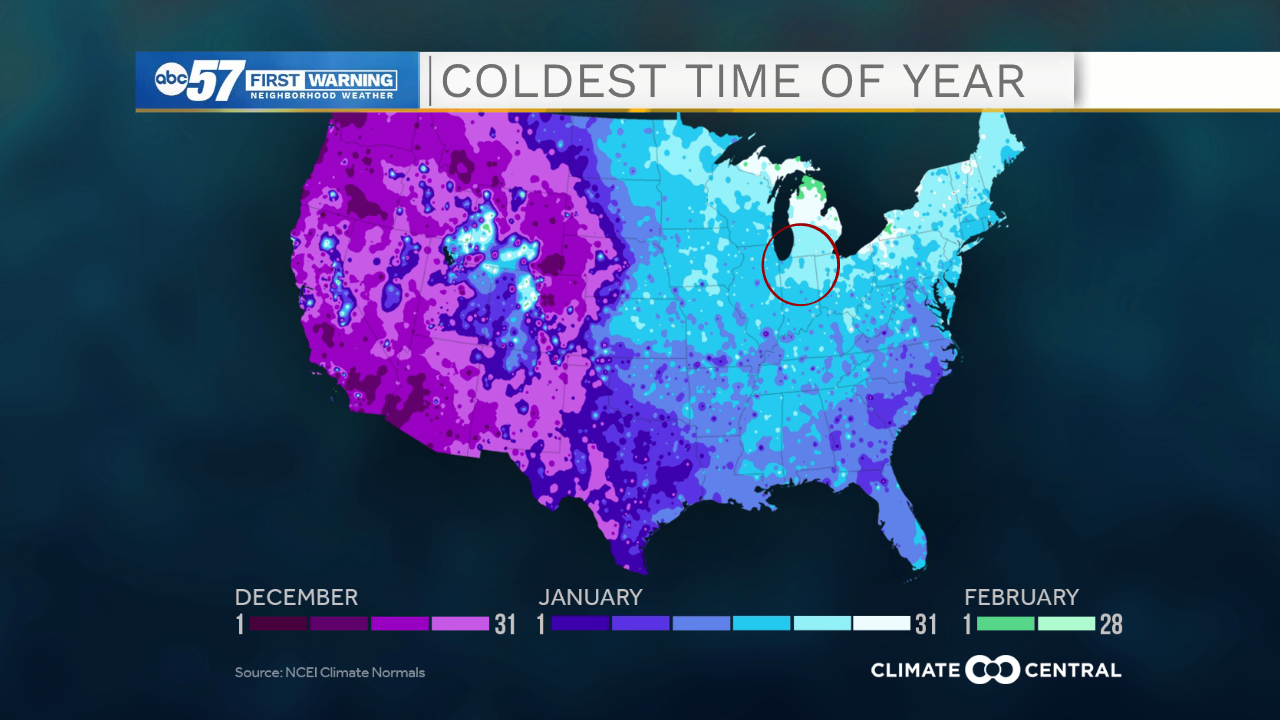 Our friends at Climate Central took a look at the last 50 years in South Bend. Their analysis points to the "coldest time of the year" being slightly warmer than it used to be. 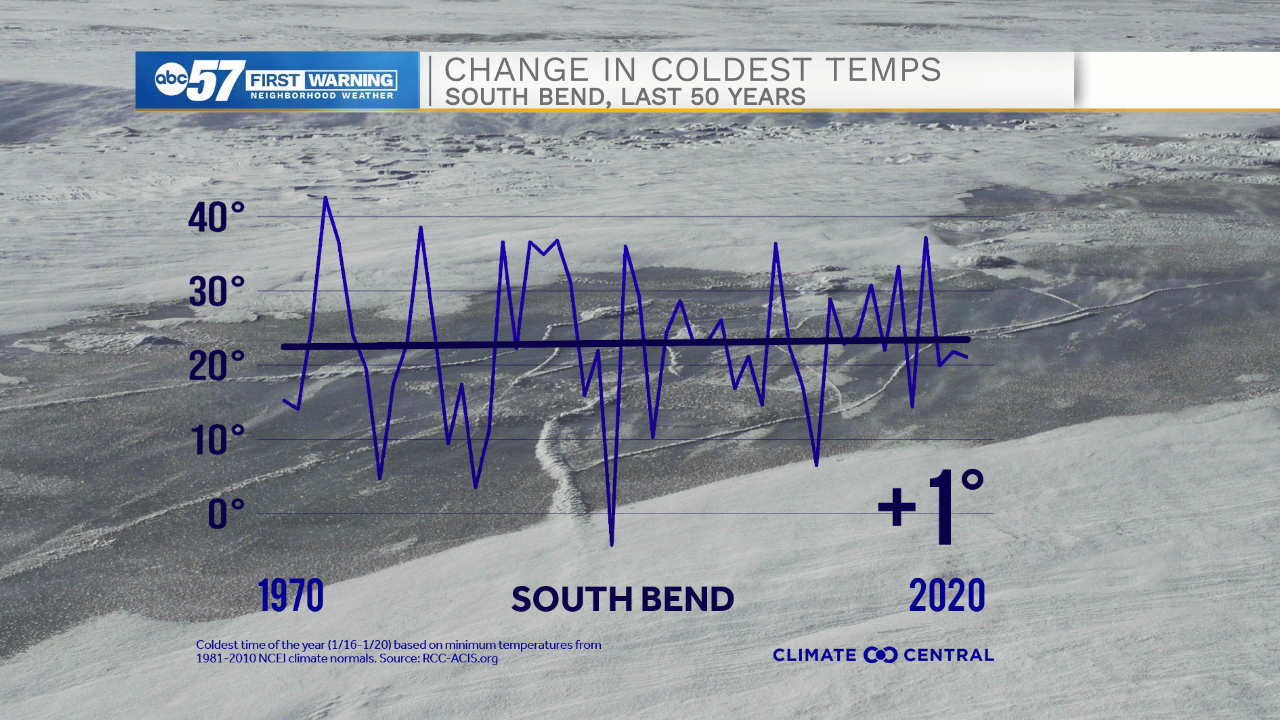 Climate change is all about extremes. Interestingly enough, our "coldest lows" have actually gotten colder over the past 30 years or so. 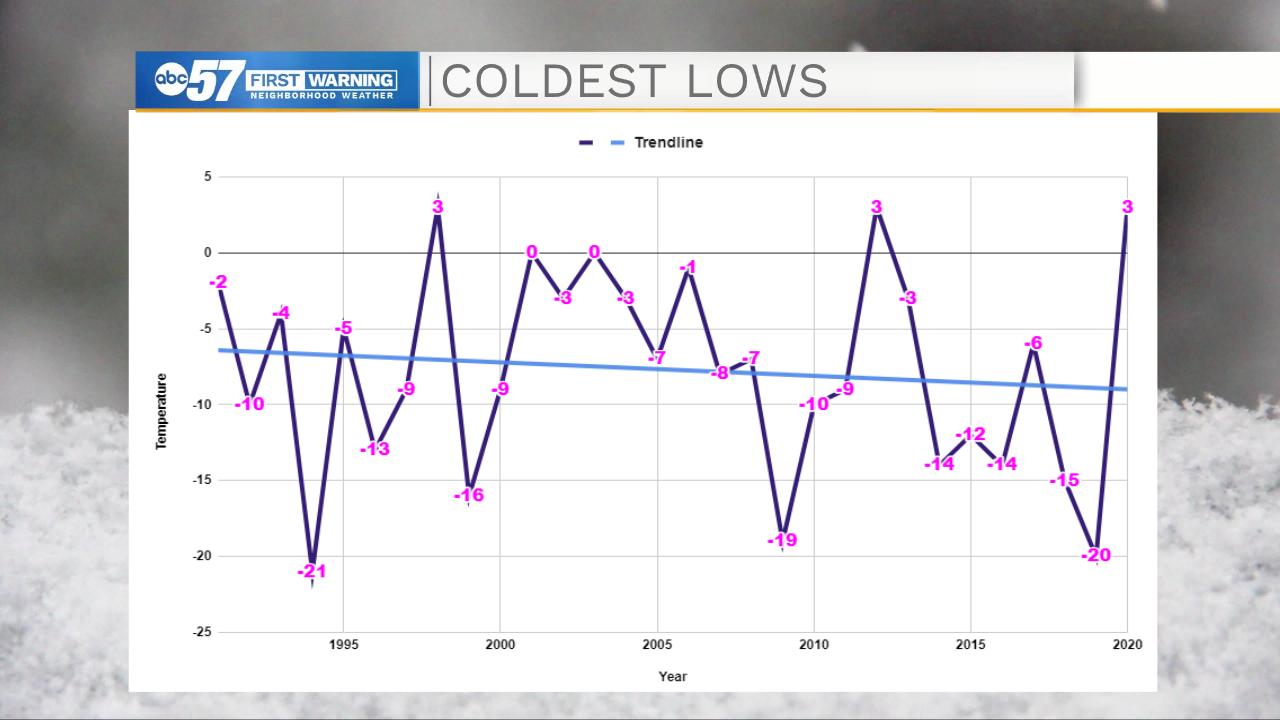 Both low temperatures in the "-20s" occurred during the second half of January.

However, there's no need to panic just yet. While it looks like the cold is arriving right on schedule here in Michiana, we're still not expecting any extreme cold anytime soon. 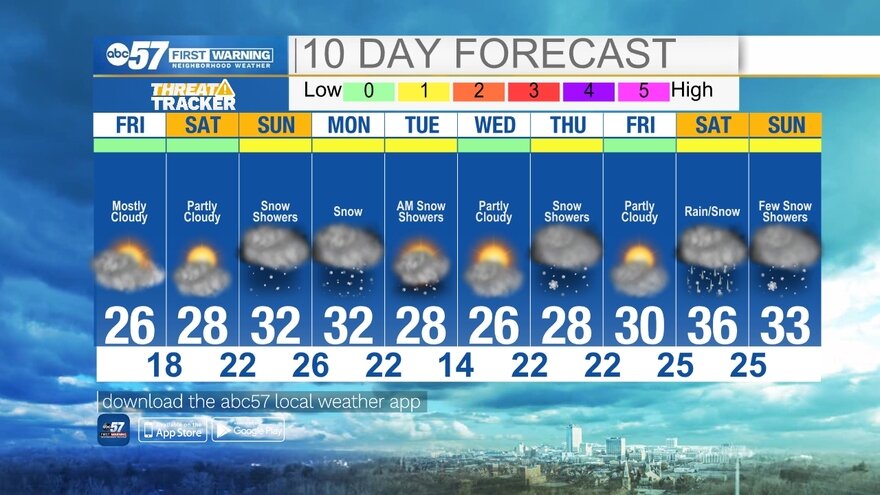