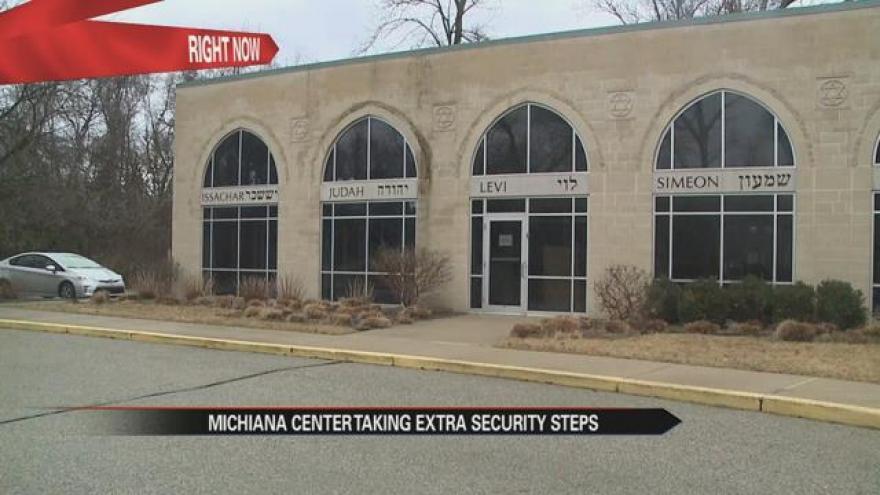 Tonight, Jewish Community Centers around the country are upping security in response to dozens of bomb threats.

And in South Bend, ABC 57 spoke with one Jewish organization focusing its attention on keeping employees safe.

The Jewish Federation of St. Joseph Valley’s Executive Director Ben Davis, says they haven’t been targeted but he’s making sure his staff doesn’t confuse what he’s calling luck with reality.

He thinks it could happen at any moment.

“Have to remain vigilant and prepared in case it does”, said Davis.

Bomb threats towards JCCs are pouring in at a rapid pace across the United States.

“Each phone has a checklist by it for whoever happens to pick up  they know what to,” said Davis.

Davis says his employees are always ready to ask these questions.

“Are they angry? Are they mono tone? Is it a computer? Is it a human?,” says Davis.

Davis says his staff is trained to gather as much information as possible if they ever do get the call.

According to the JCC Association of North America, that chaos has already spread to over half of the country’s states.

They report 69 incidents of bomb threats towards 54 JCCs in 27 states since January 9.

“As an Israeli I’ve been exposed to many times not only bomb threats, terror attacks, I very much know the feeling,” said Efrat Naor, an Israeil emissary working in South Bend.

Fortunately, those 69 incidents have proven to be hoaxes.

But cruel joke or not, Davis has his staff ready.

“We’ve always got to be on top of that, most dangerous thing we can ever do assume it wont happen to us hope for the best prepare for the worst,” said Davis.