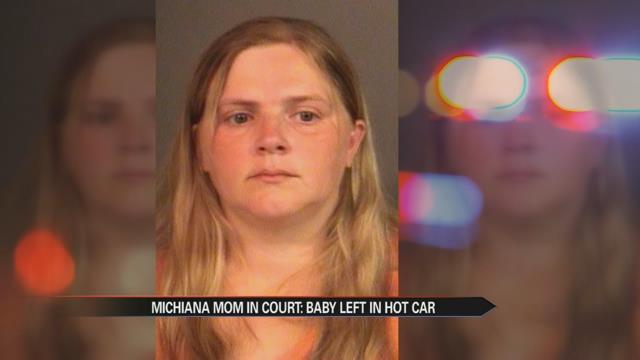 In June, 34-year-old Heather Hudson was arrested and later charged after she left her 3-month-old child in a hot car.

Hudson was charged with one count of neglect of a dependent and on Tuesday she appeared at the Berrien County Courthouse for an initial hearing.

It’s been just over three weeks, since police had to rescue a Hudson’s child, who was left in an SUV at the Ross Dress for Less parking lot on Ireland Road in South Bend.

The temperature that day was 84 degrees and according to the probable cause affidavit, after a half hour, which is how long Hudson’s child was reportedly in the car, the interior temperature of a vehicle skyrockets to 113 degrees with an ambient temperature of 84 degrees.

Court documents reveal that Hudson told police the infant fell asleep in the back seat and forgot he was in the vehicle.