Michiana out front on eSports movement

“So much energy. So much hype. Everybody was cheering.”

To the casual fan, those descriptor seem fitting to big-time sports. But in the computer science lab of Elkhart Central High School, those are feelings surrounding a sport that doesn't even need a bat or a ball.

“eSports is so vast," said Steven Robinson. "It hits the masses.”

Robinson coaches and directs Elkhart High Elite, part of the quietest but fastest-growing movement in all of sports. With the success this 30-or-so-member team is having in this ever-expanding world, it won't be long before other schools already planning their own teams will join.

eSports is a collection of various gaming competitions. From high school to the pros, several game titles are played depending on the match-up or the day.

“We played a school from Florida, from Texas, from Nebraska," Robinson continued. "It’s all over, which I think is cool because we played all those teams and we just stayed right here.”

And they do so together as a team, which can mean the world to many of the students.

“I didn’t have many friends before," said Elkhart High Elite member Kevin Wu, "but as soon as this program came around I met all of these people and it’s just great having more friends.”

“The reason why I wanted to bring this here is because… these are kids that thrive in this environment," Robinson added. "So I think the biggest thing for us when we brough eSports is to get other kids involved.”

Eventually, these players could eventually have the chance to showcase their skills for a crowd. And that is where the progression continues.

Jeff Jarnecke is no stranger to eSports. During his time working with the NCAA, he saw first-hand how quickly gaming has grown in popularity (though an NCAA affiliation is a long way off).

But now in an executive role with the South Bend Venue's Parks and Arts department, Jarnecke is part of a leadership group hoping to jump on the opportunities eSports can provide.

“It was certainly in need of a face-lift, so why not take a swing at reinvigorating the venue and dedicating it to eSports?”

That thinking is related to the Bendix Theather, now a 700-seat venue at the Century Center in downtown South Bend.

At a Wednesday board meeting, a vote approved to move forward on plans for renovating the Bendix Theater into a space perfect for an eSports arena. The first phase is expected to cost $2.5 million. But an embrace of eSports could offer South Bend a small slice of what is growing into a billion-dollar industry world-wide.

Renderings of the transformation, which could be finished as early as the end of 2019, show multiple screens, an adjustment of the seating options, and technology building off what is already present. 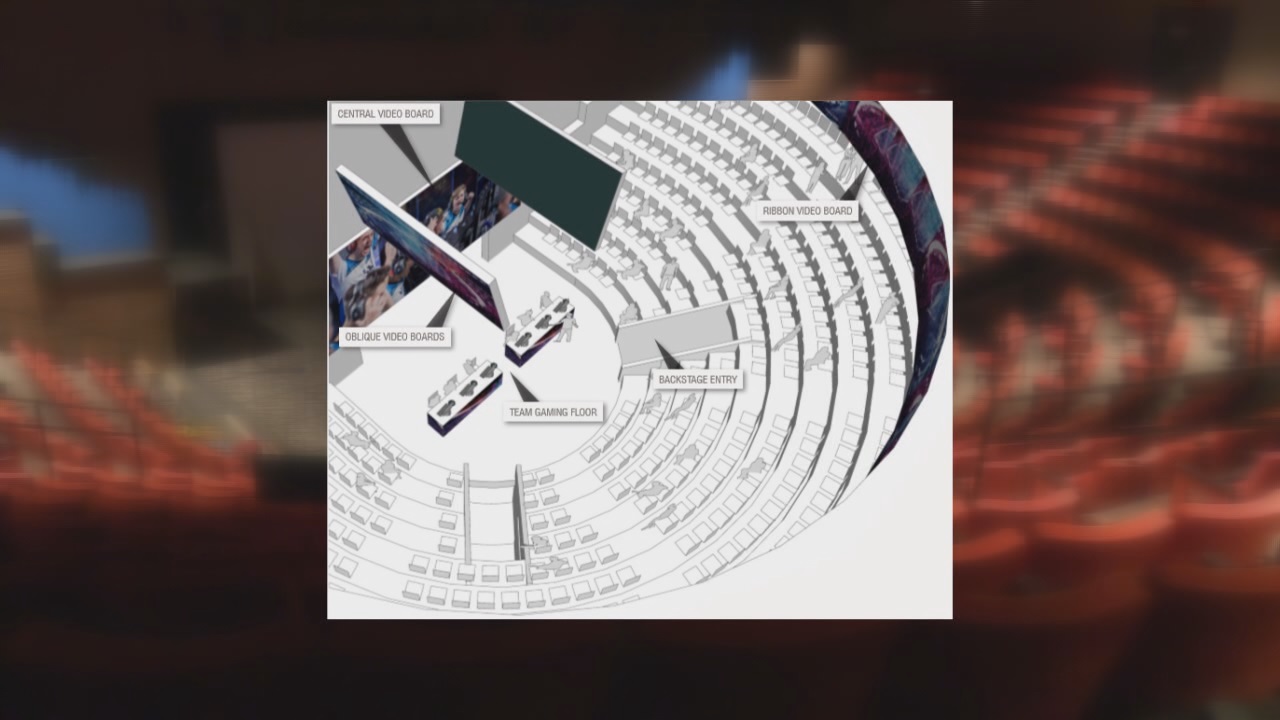 And Jarnecke says because what is already present can easily translate to the needs of eSports, while maintaining its ability to host other users such as theater productions or church services.

But the move to host eSports is part of continuing South Bend's effort to anticipate an industry shift before it happens.

"We would still be an early adopter in terms of dedicating brick and mortar in the industry," Jarnecke said. "But we do think the eSports segment can fill the void and help us push the utilization of this room and become and asset for the community and the region.”

Speaking of assets, STEM programs have become as valued as ever over the past few years. And they just so happen to attract many of the same students flooding towards eSports.

“I really thought I was alone," Wu said. "As soon as this program came around, it was like ‘Wow, a lot of people are here and are like me.' They're smart and good at science and math. And I can ask them for help. But [gaming] is also a side thing for them as well. So, it’s awesome.”

As the eSports world continues to grow, so does the number of opportunities that come with it.

More than 90 universities now offer scholarships for eSports. That number is expected to skyrocket in the coming years, but it does already include Northwood Univeristy, where Wu and his teammate Robert Izbicki just signed.

“I never knew this thing could get me into college!” said Wu, who plans to major in Management Information Systems.

And sometime very soon, countless others in Michiana could follow that same path.

“Schools are getting on board around here," said Robinson. "I think this is one thing we can actually be in front of if we do it the right way. It’s important for people to know eSports is alive and it’s coming for a long time.”