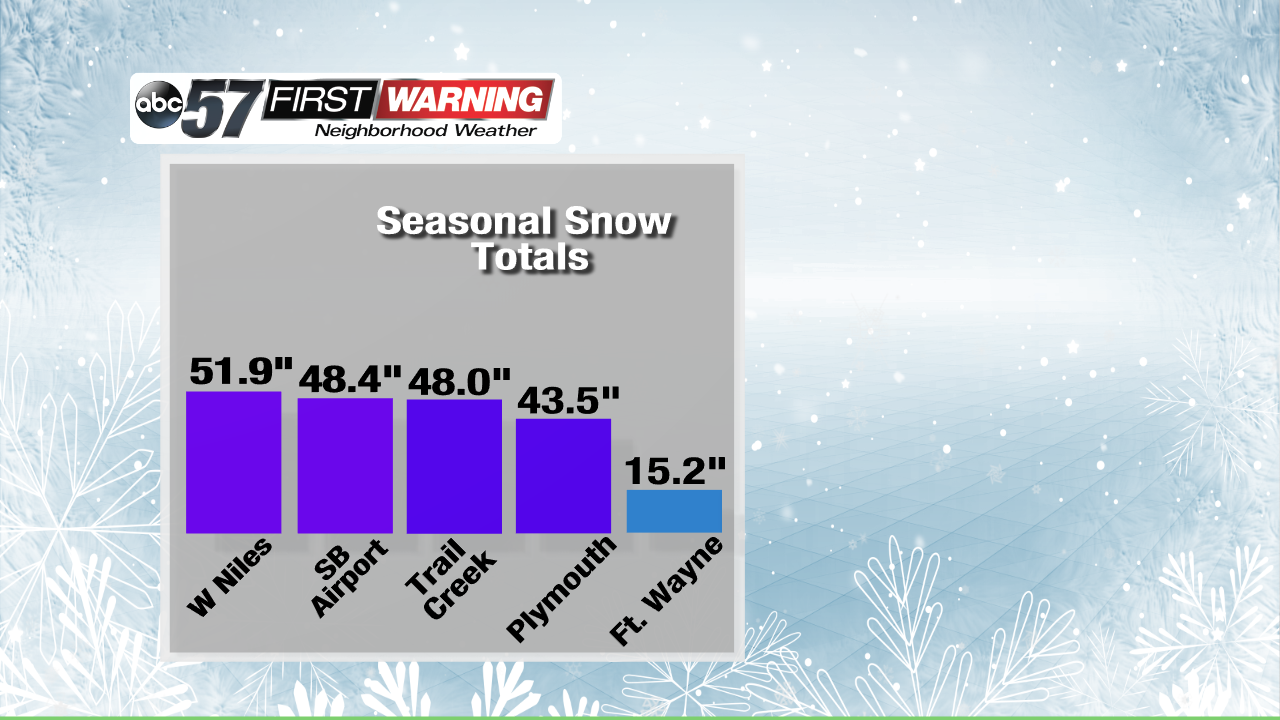 If you think this winter has been snowy, you are certainly not alone. When you think back to last year's snow totals, that is especially true. Some locations across Michiana have seen more than five feet of snow since November 1st, and we are only at the mid-point of meteorological winter. By definition, meteorological winter spans from December 1st through the end of February. That means we still have nearly 45 days to go before we even begin March and see better chances for prolonged stretches of mild temperatures. 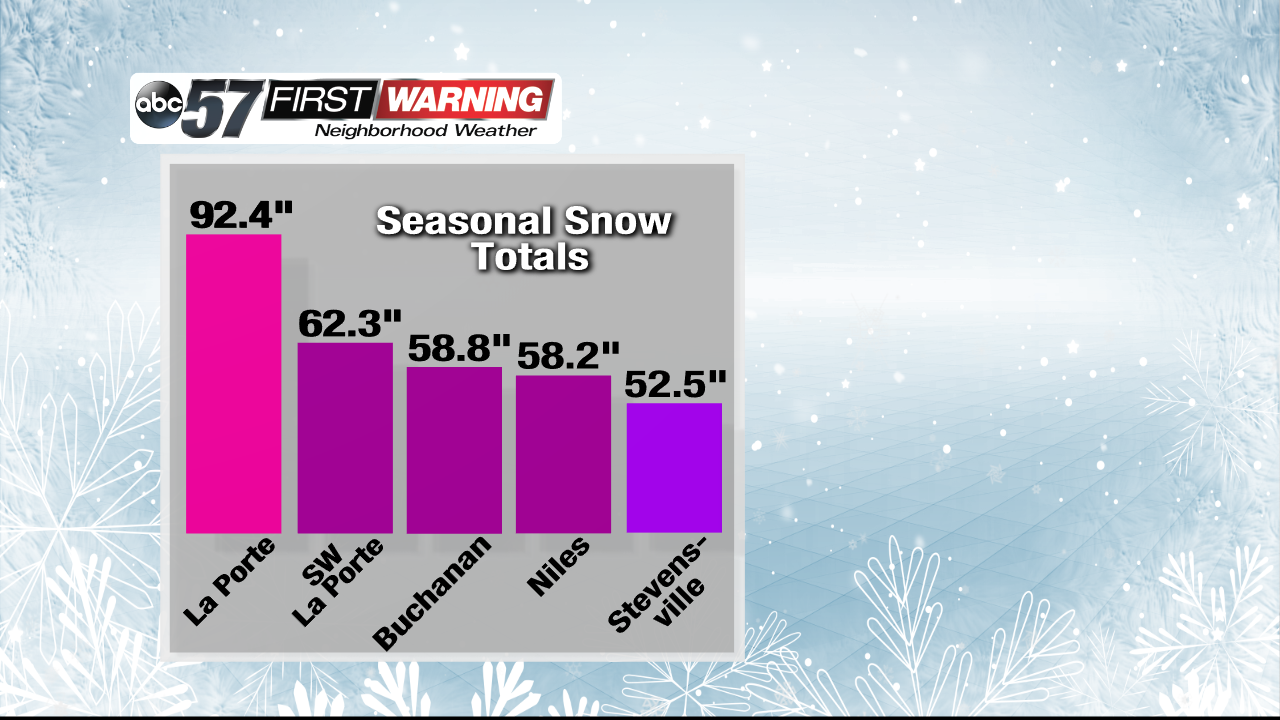 As of January 14th, some locations across Michiana have recorded more than what they typically see in an entire winter season! The highest total that was found is La Porte's 92.4". That is almost eight feet of snowfall since the beginning of November! No other location is even in the same ballpark as that total, which means it could be questioned for accuracy. Beyond that, locations like Buchanan, Niles and Stevensville are all in the 50-60" club at this juncture. While no reports are available, there is a good chance that New Buffalo, Benton Harbor, St. Joseph, and Michigan City are in that same club.

As expected, locations farther away from Lake Michigan haven't seen quite as much snow. However, South Bend and Plymouth have seen hefty snow totals of more than 48" and 43", respectively. While there are no official reports, it can be interpolated that locations such as New Carlisle, Edwardsburg, Granger, Gulivoire Park, Lakeville, La Paz, Elkhart, and Mishawaka have likely seen at least 30-40" of snow this season.

For comparison, Fort Wayne has only seen 15.2" of snow since November 1st. Indianapolis, while not listed above, has recorded a lowly 6". It truly does boil down to your geographic proximity to Lake Michigan. In fact, that can be said for all five Great Lakes. So, let's hear it: are you tired of the snow yet?