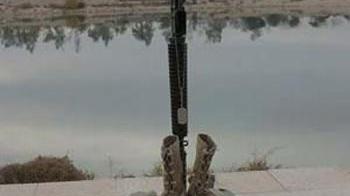 KNOX, Ind. - Four Indiana soldiers from the 713th Engineer Company out of Valparaiso were killed Friday morning in Afghanistan.

The three others killed were identified as Sgt. Jonathan M. Metzger of Indianapolis, Spc. Christopher A. Patterson of Aurora, Illinois and Spc. Brian J. Leonhardt of Merrilville, Ind.

The soldiers were part of an engineering unit that cleared roads of IED's ahead of main forces.

The men were struck and killed by an IED.

ABC 57's Jessie McDonough is on her way to Starke County to interview family members of Taiteris.

Stay with ABC 57 News for more on this developing story.