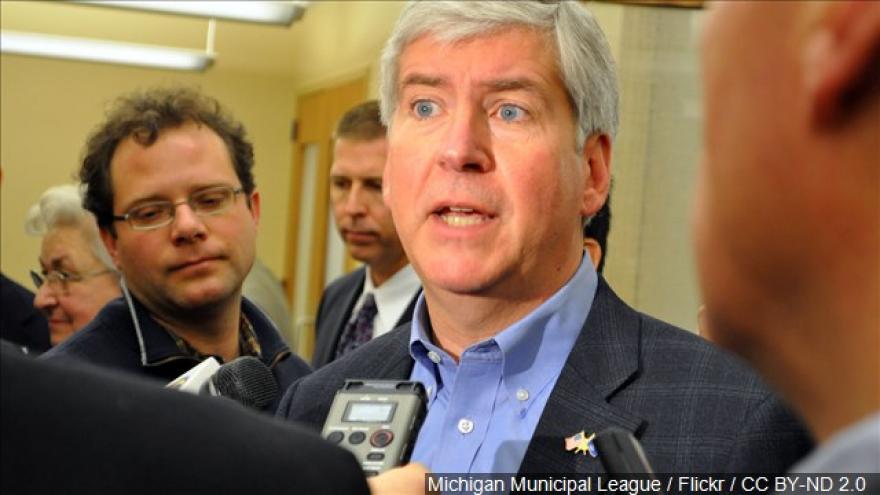 The framework covers spending levels for areas of the budget. Now legislators on House-Senate conference committees will iron out details so the Republican-led Legislature can vote as soon as the first week of June.

Under the terms of the deal, the state will spend $400 million more than anticipated on infrastructure in the next fiscal year, primarily on roads and bridges, said state budget office spokesman Kurt Weiss. Negotiators also agreed to Snyder's proposed base K-12 funding increase of $120 to $240 per student, the largest increase for lower-funded districts in 17 years.

In the wake of the school shootings in Florida and Texas, the state will spend $58 million on school safety — issuing grants to help some schools upgrade their security, hiring more counselors and expanding a statewide confidential tip line. An additional $115 million will be added to the state's "rainy day" savings fund, bringing it over $1 billion.

The agreement also includes $100 million for the Republican governor's workforce development plan, which is designed to help fill job openings in fields with talent shortages.

Last week, the Republican governor and lawmakers got positive news when combined revenue in Michigan's two main funds was projected to be $315 million higher this year than was estimated in January and $182 million higher next year.

House Democratic Leader Sam Singh of East Lansing said while it is good to see majority Republicans take action on roads, the funding boost is evidence that a 2015 GOP-backed road-spending plan "was a failure" that is being phased in was a "failure" and residents deserve long-term solutions — "not piecemeal proposals to patch a couple potholes." GOP lawmakers have said it will take time to smooth roads after years of disinvestment, and it makes sense to shift excess revenue toward the transportation budget.