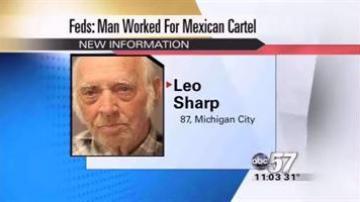 MICHIGAN CITY, Ind.-- He told police a sob story, but now they are calling him a liar.

Last fall, 87-year-old Leo Sharp, told police he was forced to move more than $2,900,000 worth of cocaine across the country at gunpoint.

According to an indictment unsealed Thursday, Sharp was a mule for the biggest drug cartel in Mexico.

According to The Detroit News, he worked for the group since 2009 and is responsible for delivering about 1,500-pounds for cocaine to Michigan.