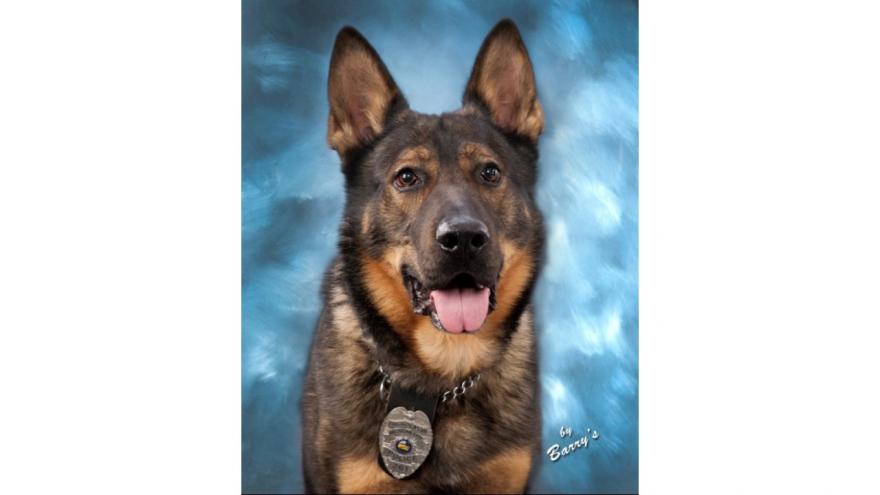 MICHIGAN CITY, Ind. – Apollo, a K-9 partner to Corporal Greg Radiger, passed away on Monday after an unexpected medical condition.

The Michigan City Police Department posted to Facebook on Tuesday of the K-9 partner’s passing, highlighting his tour of duty with the department that began in February 2012 through January 2017.

The department stated he was certified in explosives detection, tracking, article searches, and building searches.

Apollo found four handguns during his career and was regularly used for protective sweeps before special events and in schools across LaPorte County.

He conducted frequent neighborhood foot patrols and even located an elderly citizen who was lost in a wooded area.

Apollo was well-liked and respected by the community and the department, and was dedicated to serving his community and working with Corporal Radiger.