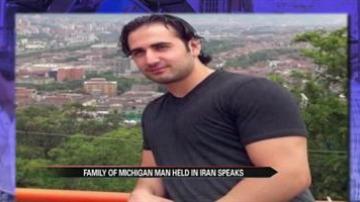 With a new Iranian president who seems optimistic about improving relations with the west, a Michigan family has a message for the new leader - let their son go.

Amir Hekmati was raised in Flint, Michigan and is a United States Marine who served in Iraq.

In 2011 he went to visit relatives in Iran but never returned home.

His family later found out he was in prison accused of spying.

His sister says she has struggled to get political support to bring her brother home.

"And we just hope that we are reaching the ears, especially now with this new transition in government in Iran, the ears of the right people," said Amir's Sister Sarah Hekmati.

His death sentence was recently overturned. He is serving 16 months in solitary confinement.