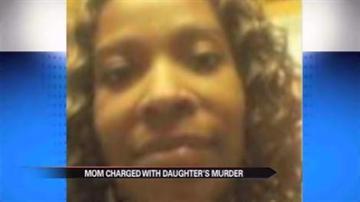 DETROIT — A Michigan mother has been charged with stabbing her eight-year-old daughter to death on Sunday.

At the time, an abuse case involving the girl and her four siblings was pending in family court.

The girl told social workers that her mother was drinking and bit her hand, arm and face.

At the time, the mother's sister told social workers that she prostituted herself and had a substance abuse problem.

"My sister is being put in the media and painted as this vicious woman that has no—it's insane," said Tanisha Greene-Robinson. "If that was true, the system failed her."

And she blames the system for failing to protect the kids.

"My sister was very kind and loving and wouldn't dare hurt her kids at all, period, whatsover," Greene-Robinson said. "They system totally failed her all the way around. From the police department, CPS, everybody failed her. They come and say 'oh, we have this stack of police reports.' Then, why didn't you all do anything?"

Court documents show that the state had been trying to take the kids from their mom since 2010.

The mother has been charged with felony murder and child abuse.