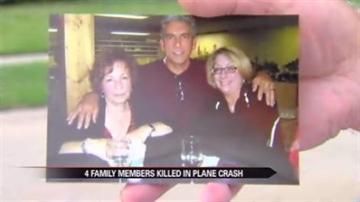 OAKLAND COUNTY, Mich. — The identities of the four people who died in a plane crash in Michigan have been released.

The 19-year-old pilot of the plane was set to attend the Naval Academy this fall.

He, his mom, dad and their brother-in-law all died just after takeoff from the Oakland County International Airport.

Air traffic control feeds show the pilot saying they were overweight and had to come back to land.

There are no new clues into why the plane crashed.