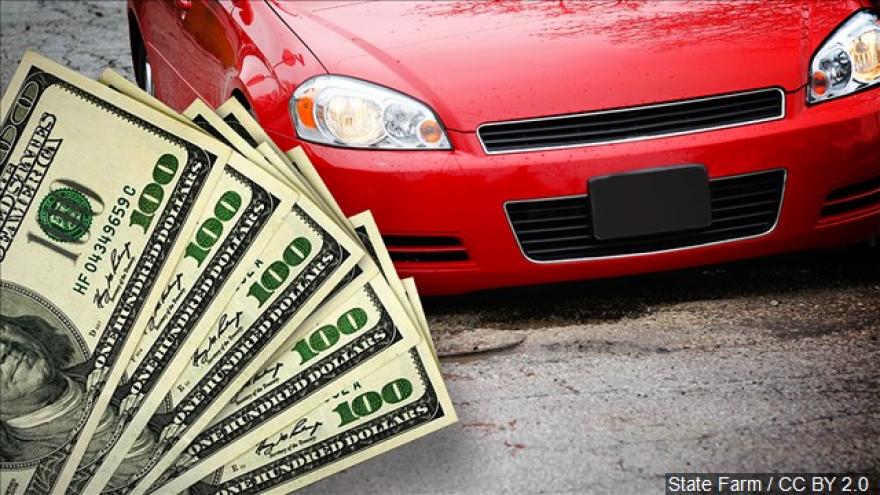 LANSING, Mich. (AP) — Michigan drivers age 65 and older could avoid paying most of a mandatory insurance fee that covers unlimited medical benefits and instead choose $50,000 in coverage under legislation the state Senate approved Thursday.

Supporters called the two bills a first step in finally curtailing the state's high auto premiums after years of legislative stalemates, while opponents said the measures fall short. They were approved 23-13 by the Republican-led chamber on mostly party-line votes and were sent to the GOP-controlled House, where a more aggressive rate relief bill was defeated last year.

The House is not expected to consider the legislation before legislators break for the summer next week.

Republican Senate Insurance Committee Chairman Joe Hune of Fowlerville, a sponsor of one bill, said seniors choosing the $50,000 in personal injury protection would save $161 a year because they would not have to pay the full Michigan Catastrophic Claims Association fee assessed on every vehicle — just roughly $30 toward a deficit related to existing claims. Instead, their medical costs exceeding $50,000 could be covered by Medicare.

"We know there's a savings there," said another bill sponsor, Republican Sen. Rick Jones of Grand Ledge. He said Michigan seniors pay a "birthday tax" when they turn 65 because Medicare does not coordinate benefits with auto insurers.

The MCCA fee, which is rising to $192 in July, helps reimburse insurers that legally must provide unlimited medical benefits for severely injured motorists. Michigan is the only state to require such coverage — typically for brain, spinal cord, neck and back injuries.

Democrats and four Republicans voted against the bills. Democrats said the legislation would not eliminate the use of discriminatory non-driving factors to set premiums, nor would it include a government-mandated rate rollback.

"If this is a real bill, let's make sure there's real savings," said Senate Minority Leader Jim Ananich of Flint.

Said Sen. Morris Hood III of Detroit: "The insurance companies would actually be the winner in this because they only have $50,000 in coverage but they'll still be charging you the same amount. That potentially could happen."

Another Senate-passed bill would create a fraud authority, limit reimbursement for family attendant care and cap medical benefits at $400,000 for people injured in crashes who have no car insurance. The assigned claims plan largely covered pedestrians and bicyclists initially, but the benefits have increasingly aided passengers hurt while riding in uninsured vehicles.

The Insurance Alliance of Michigan called the bills a "step in the right direction" but said lawmakers should also rein in hospitals' ability to overcharge car insurers and give all motorists a choice on their medical coverage. The Michigan Health & Hospital Association said it was "cautiously optimistic" and while it had some concerns, the legislation "represents a compromise the likes of which we've rarely seen in the decades-long battle over auto no-fault."