NILES, Mich. -- Michigan State Police have made an arrest in the murder of 30-year-old Roxanne Leigh Wood who was found dead in her home in February 1987.

Patrick Gilham, 67, has been charged with open murder and breaking and entering an occupied dwelling. He was arrested in South Bend on February 17.

He was arrested on a warrant from the Berrien County Prosecutors Office. 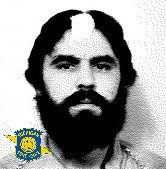 “We would once again like to express our sympathy to Roxanne’s family and her husband Terry Wood, but we’re hopeful this latest news will provide some modicum of closure,” said 1st Lt. Chuck Christensen of the Michigan State Police.

Police said Gilham forcibly entered Wood's home in Niles on February 20, 1987 and once inside, encountered Wood and killed her. Wood's husband arrived home shortly after and found her deceased.

Gilham pleaded guilty to burglary and criminal deviate conduct in 1980 for an incident in 1979. Michigan State Police subpoenaed the transcripts from Gilham's plea hearing and sentencing hearing for this case in September 2021.

Wood's family was notified Thursday night about the arrest.

The cold case was reopened in 2001, but concluded a year later with no arrests.

In August of 2020, members of the MSP Niles Post Special Investigation Section began looking into the case, reviewed over 3,000 pages of information, conducted additional interviews, and reviewed evidence. That investigation led to Gilham's arrest.

Police released a photo of Gilham from 1987 and are asking the public for any information on any incident, this incident or any other, he may have been involved. If you have any information, please contact MSP Niles Post at 269-683-4411.

“There is the belief, and I believe, that he did other crimes. What those are, I can’t tell you. And what we could ask the public is, if anybody has any information not only on this incident, or him, but any other incident he may have been involved in," Christensen said.