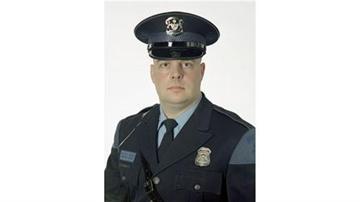 The crash happened at approximately 11:30 p.m. on County Road 352 near Delta Drive. Myers was westbound on CR352 when the tires of his car dropped onto the shoulder of the road.

Then his car crossed the centerline, left the roadway and overturned.

Myers suffered cardiac arrest, but paramedics were able to re-establish a pulse before he was taken to the hospital.

Myers was wearing a seatbelt at the time of the crash.

He is survived by a wife and two sons.

In 2010, Myers was honored as the Michigan State Police Motor Carrier Officer of the Year.