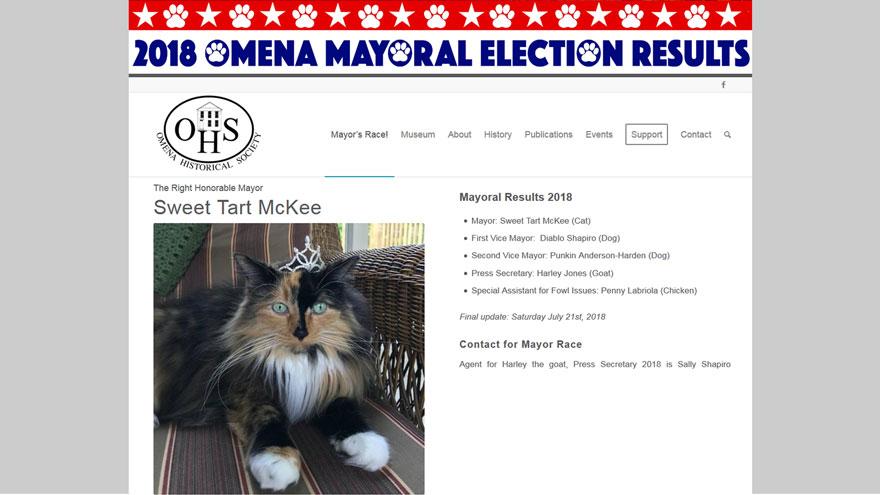 OMENA, Mich. (AP) — Politics in a small northern Michigan village have gone to the cats and dogs and goats and even chickens.

An election committee named Harley the goat press secretary while Penny the chicken is special assistant for fowl affairs.

The seats are ceremonial. WPBN-TV reports that the election is a fundraiser costing $1 per vote and brought in more than $7,000 to the Omena Historical Society.

Candidates have to be animals and live in Omena, which has about 300 human residents and is north of Traverse City.

An inauguration and parade were held Saturday. The newly-elected officers will serve three-year terms.