Michigan woman pleads no contest for role in Ponzi scheme 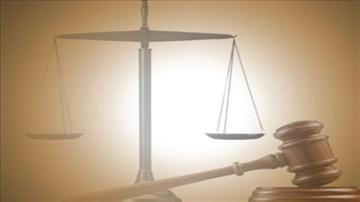 BERRIEN COUNTY, Mich. -- A Stevensville woman pleaded no contest to four counts of securities fraud for her role in a multi-county Ponzi scheme, according to the Michigan Attorney General's office.

Mary Faher, 56, is accused of defrauding senior citizens out of millions of dollars while working as a licensed investment advisor for The Diversified Group Advisory Firm LLC of Bay City Michigan.

While at Diversified, Faher is accused of misleading investors. She allegedly told them the investments were principle protected, promised high rates of return, told investors they could remove their money at any time.

She also allegedly failed to tell investors the risks associated with their investment.

Faher allegedly swindled investors out of $3 million and took an 8-percent commission of $240,000.

Faher was arraigned on July 9, 2014 and pleaded no contest to four counts of securities fraud, agreed to pay restitution for all victims and cooperate in the prosecution of Wilson and other Diversified employees, according to the Attorney General's office.

Faher will be in court September 22 for sentencing.

According to the state of Michigan Licensing and Regulatory Affairs website:

Faher's license was suspended on December 7, 2012 by the Michigan Licensing and Regulatory Affairs Bureau of Commercial Services.

On September 26, 2013 Faher was permanently barred from registration in Michigan under the Michigan Uniform Securities Act and was fined $4,000.

She was also charged with felony assault with a deadly weapon, but she pleaded guilty to reduced charges of to two counts of misdemeanor domestic violence-aggravated.

Beginning in 2009, Wilson allegedly scammed investors out of $8.5 million by selling unregistered securities through The Diversified Group Advisory Fund LLC.

He allegedly told investors their money would be used to buy distressed properties, refurbish them, then sell for a profit.

In late 2012, during the investigation into Wilson's operation, he fled to Germany, according to the Attorney General's office.

The Attorney General filed charges against Wilson in January 2013 and issued a warrant for his arrest in Eurpoe.

He is being held in the Bay County Jail.

In September 2013, the Attorney General filed felony charges against Shawn Dicken, 40, of Bay City for her alleged role in the Diversified Group Advisory Firm LLC investment scheme. She allegedly swindled investors out of $2 million and took a commission of $160,000.

Dicken was convicted of nine felonies, one count of Criminal Enterprises, one count of Embezzlement From A Vulnerable Adult, and seven counts of False Pretenses, in March 2014 and was sentenced on June 19, 2014 to 11 years, eight months to 20 years in prison.

The state has requested more than $1.5 million in restitution for Dicken’s victims.

Citizens who believe they may have been victims of Mary Faher, Shawn Dicken, Joel Wilson or The Diversified Group are encouraged to file complaints with the Attorney General's Office at www.michigan.gov/ag by clicking "File a Complaint."