Michigan woman says she was attacked for being gay 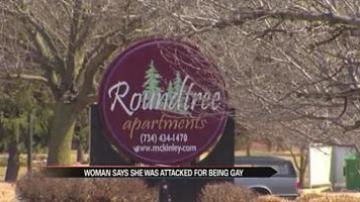 YPSILANTI, Mich. -- A Michigan woman is recovering from a brutal attack that she says was prompted by news stories about her recent same-sex marriage.

In Ypsilanti, a judge married 68 same-sex couples on March 22nd, the day after the state's ban on same-sex marriage was struck down.

Now police are investigating the assault of one of the women who might have been shown during that day's news coverage.

Police say a 28-year-old woman was attacked in her apartment courtyard by three men who were yelling derogatory names at her.

The men ran off after the attack.

The woman managed to make it to her apartment and then went to the hospital for treatment.

Police are asking the public for help in that investigation.