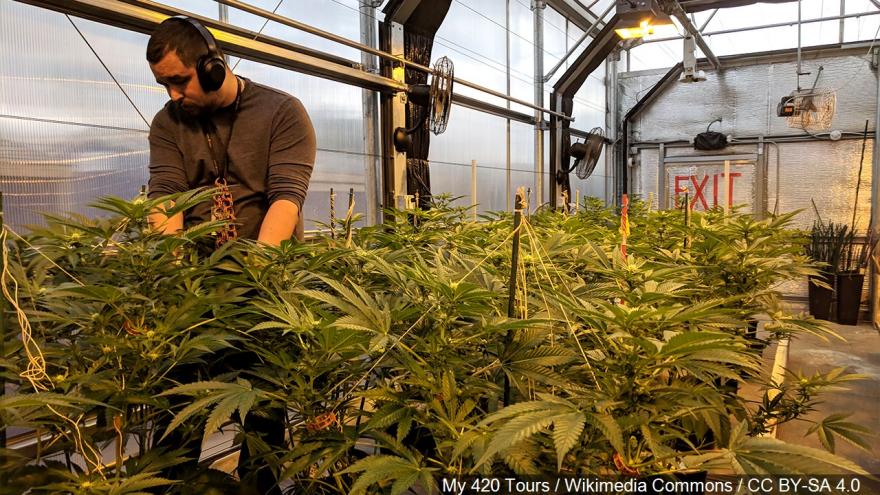 LANSING, Mich. (AP) — The agency that regulates the selling and growing of pot in Michigan released emergency rules Wednesday to clarify the requirements for businesses that plan to sell marijuana to adults 21 and older.

Michigan's Marijuana Regulatory Agency plans to start taking business applications Nov. 1. The rules will remain in effect for six months and can be extended for another six months.

Under the rules, there are no capitalization requirements and license holders can apply for temporary licenses for events. Some licensed growers also will be allowed to exceed their plant count. Businesses with licenses under common ownership will be allowed to operate at the same location.

Businesses that sell medical marijuana and recreational marijuana at the same location must separate their inventories to make them clearly identifiable to customers.

"The release of the rules (Wednesday) provides local municipalities and prospective licensees with the information they need to decide how they want to participate in this new industry," said Andrew Brisbo, Marijuana Regulatory Agency executive director. "Since we plan to start taking business applications Nov. 1, stakeholders will have four months to evaluate these rules and make their decisions. These rules set Michigan's marijuana industry on a path for success while ensuring safety for marijuana consumers."

"At first glance, we believe these rules are well thought out and forward-thinking," Michigan Cannabis Industry Association spokesman Josh Hovey said Wednesday about the release of the state's emergency rules. "We particularly like that there are no capitalization requirements, which should help make licenses more accessible to small business owners."

State law currently states that to be granted a proposed medical marijuana facility grower's license, applicants have to show assets worth $150,000 to $500,000 to qualify for a license.

"The newly created Excess Grower License will help address the product shortage issue that we've been experiencing in the medical marijuana market," Hovey also said. "There is a strong demand for on-site consumption and cannabis-friendly special events, so we also are thankful that there will be licensing available for businesses that cater to this need."

The Michigan Cannabis Industry Association said it will review the rules in more detail in the coming days and weeks.