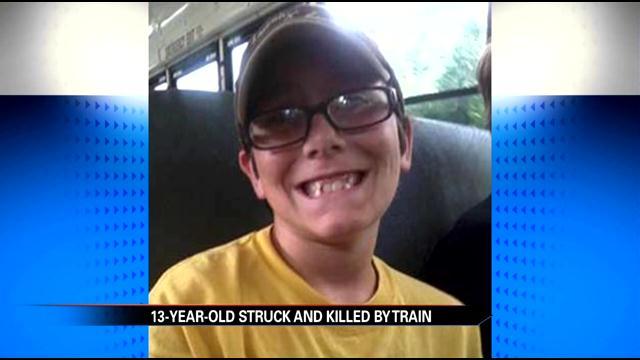 A Hanover Central Middle School student was killed by a train Tuesday afternoon while walking on the railroad tracks.

Jeffrey Bellinger, 13, was wearing earphones under his hooded sweatshirt and didn't hear the oncoming train, which sounded its horn, according to police.

His death has been ruled accidental.