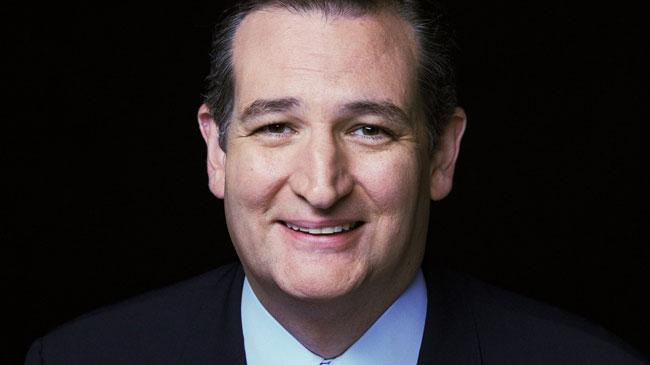 "I'm not against anybody, but I will be voting for Ted Cruz in the Republican primary," Pence said in an interview with WIBC's Greg Garrison, adding later, "I'm very impressed with Ted Cruz's devotion and knowledge of the Constitution of the United States."

Pence also made sure to praise Trump as well, saying, he was "grateful for his voice in the national debate."

The support comes at a pivotal time for Cruz. The Indiana primary is likely the last chance for Cruz to wrestle away a significant number of delegates from Trump and force a contested convention in July. The Texas senator has spent virtually all week here, making last-ditch attempts to galvanize his campaign by, among other things, naming former Hewlett-Packard CEO Carly Fiorina as his running mate if he won the nomination.

"I will say this: I have tremendous respect for Gov. Mike Pence," Cruz said, with Fiorina standing at this side. "He has been an incredible leader for the state of Indiana. He has really demonstrated that when you cut taxes, when you reducse regulations, that jobs follow."

Conservative backers such as Gov. Scott Walker in Wisconsin and Rep. Steve King and Bob Vander Plaats in Iowa have helped Cruz win other Midwestern contests.

But in Indiana, he hasn't had an influential supporter to campaign alongside him -- a particularly glaring absence as Trump holds events alongside legendary former Indiana University basketball coach Bobby Knight.

Indianapolis talk radio doesn't match the strength -- or the anti-Trump drive -- of Wisconsin, where largely unified support for Cruz helped him claim a significant victory against Trump.

But Garrison is a well-known figure in the Indianapolis market. He's also known for being the successful lead prosecutor in the 1992 rape case in town against Mike Tyson -- the boxer Trump recently touted for his "toughness."

Tyson endorsed Trump last year, a fact Trump brought up while in Indianapolis earlier this week.

"Mike Tyson endorsed me. I love him," Trump said.

Fiorina criticized the endorsement Friday, saying, "Sorry, I don't consider a convicted rapist a tough guy. And I think it says a lot about Donald Trump's campaign and his character that he is standing up and cheering for an endorsement by Mike Tyson."

Pence is politically damaged in his state after battles over same-sex marriage, an LGBT anti-discrimination measure and a controversial new abortion law. But his core appeal has always been to evangelicals who Cruz hopes will carry him over the top in the state.

"He's done a very, very good job as governor," Trump said. "I don't know if we'll get his endorsement."

In a phone interview Thursday night, King said Cruz and Pence are "close to a match" philosophically.

He also suggested that conservative allies of Pence were growing impatient waiting for him to get off the sidelines in the presidential contest ahead of Indiana's Tuesday primary, with 57 delegates on the line.

"I think Mike Pence would be the key to Ted Cruz winning Indiana," King said.

Mike Pence’s endorsement of Ted Cruz is no surprise as both politicians have built their careers obsessing over a social agenda rather than focusing on economic issues most important to Hoosiers. After Mike Pence signed the embarrassing and unnecessary RFRA law that could cost our state $250 million and will continue to scare jobs away from Indiana, Ted Cruz supported the governor and advocated that the federal government adopt a similar law. Mike Pence signed one of the most restrictive abortion laws in the nation; Ted Cruz has said rape victims should be forced to carry pregnancies to term. Ted Cruz has campaigned for president on an extremist, divisive ideology, and Mike Pence has put that same extreme ideology into practice, causing Indiana to fall behind the rest of the nation. This endorsement may grab headlines, but Mike Pence has said he would vote for whoever is the Republican nominee – even if it’s Donald Trump.