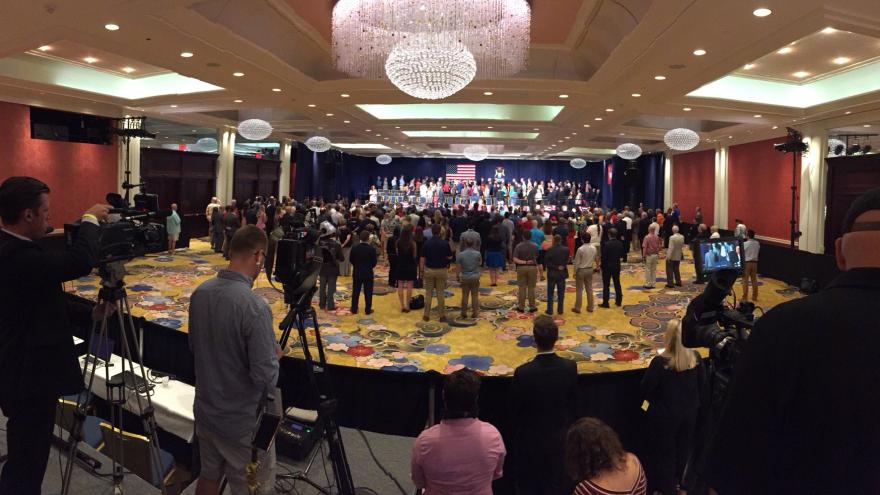 GRAND RAPIDS, Mich. – Michigan Republicans who picked up victories in Tuesday’s primaries are now looking forward to a major endorsement from the White House.

Vice President Mike Pence is set to campaign in Grand Rapids on Wednesday, alongside other notable Republican politicians.

He’s holding what he’s calling a ‘unity rally’ in order to make sure the state’s conservative base gets on the same page ahead of November’s midterms.

GOP gubernatorial nominee Bill Schuette is expected to take the stage as well.

He won the nomination by 51 percent Tuesday in his heated four-way race.

According to party officials, all 3 of his opponents will attend the rally as well; Brian Calley, Patrick Colbeck, Jim Hines.

Shortly after his win, President Donald Trump took to Twitter to congratulate Schuette.

The president endorsed him back in September.

One person who will miss the rally however is U.S. representative Fred Upton.

He ran uncontested in his primary and will take on Matt Longjohn in the sixth congressional district’s general election.

“We must continue all working together to make Southwest Michigan a great place to live, work, and raise a family,” Upton said in part in a statement to ABC 57 News. “We look forward to a tough, clean campaign contrasting our visions for the future”

Upton is a 15 time incumbent and the second-most senior Michigan congressman in the U.S. House of Representatives.