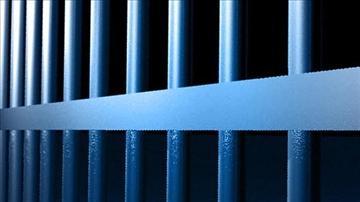 MARSHALL COUNTY, Ind. -- 25-year old James Walker of Plymouth was serving in the U.S. Army before he was brought into Marshall County jail on Tuesday. He's being charged with child molestation of a minor under the age of 14, a Class B felony.

The Argos Police Department has been investigating Walker since January 2012, after being alerted about a child molestation case in their jurisdiction by the Steuben County Sheriff's Department.

They worked with Indiana State Police and the Marshall County Department of Family Services to gather information.

Authorities believe that in 2008 Walker molested 2 of his step-sisters while he was at their home in Argos on military leave.

A warrant was issued for his arrest in October 2012, while he was still serving in the Army.

He was station at Camp Zama, in Japan, putting him out of authorities' reach.

When the Argos Police Department informed the U.S. Army about their case against Walker, they started an investigation of their own.

It ended with Walker being transferred back to the states, giving the Marshall County Sheriff's Department an opportunity to bring him into custody.