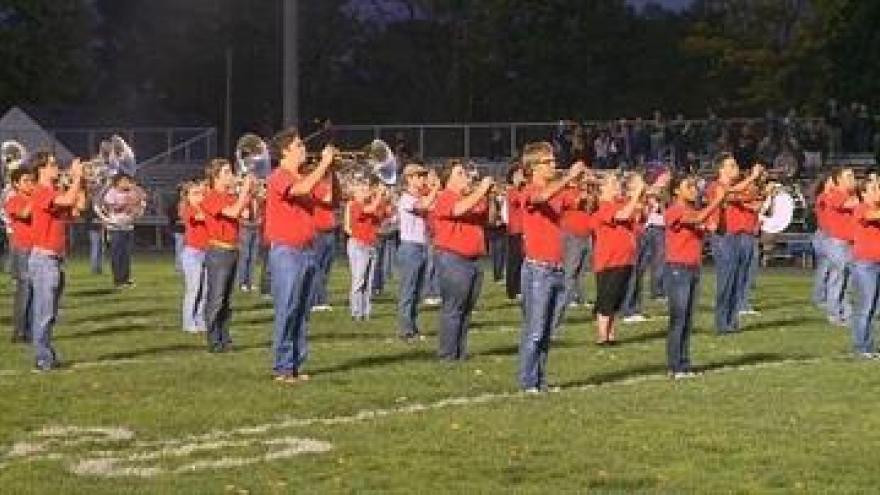 GOSHEN, Ind. -- Just days after James Miller was murdered in at his Goshen home, two of his children performed with the Goshen Marching Band at a Friday night football game, showing how resilient the freshman and senior students are.

Many parents at the game told ABC 57 as adults, they don’t think that they could be that strong admist coping with such a horrific and life changing event.

“To be honest with you, it’s still trying to sink in what really happened. And for them to come out here it takes a lot of courage. I really commend them for that,” said Reymond Watts, whose son plays football for Goshen High School.

Parents of students in the band said the kids are like a family, and the bond between the members of the band is unbreakable.

Since police have not arrested any suspects, and several questions remain unanswered, the town is on high alert.

But for the Miller children, the flags still wave, the beat goes on, and the band stands strong; stepping together in unison, marching to sounds of hope.

“We have faith that the kids are going to get through this and are going to stick together and come through as a family,” said Pollock.

“Our hearts are with them tonight,” said Watts.

Both Leann and Robert Miller were expected to play with the band in Saturday’s Regional Competition.