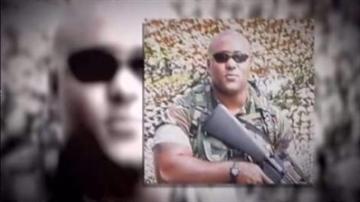 He is vowing vengeance after getting fired from the Los Angeles Police Department. He is now linked to three murders.

"Look under every rock. We will look around every corner," said Assistant Chief Chris Vicino of the Riverside Police Department. "And we'll search mountaintops for him."

Dorner has been on the run since being named a suspect in last Sunday's double murder.