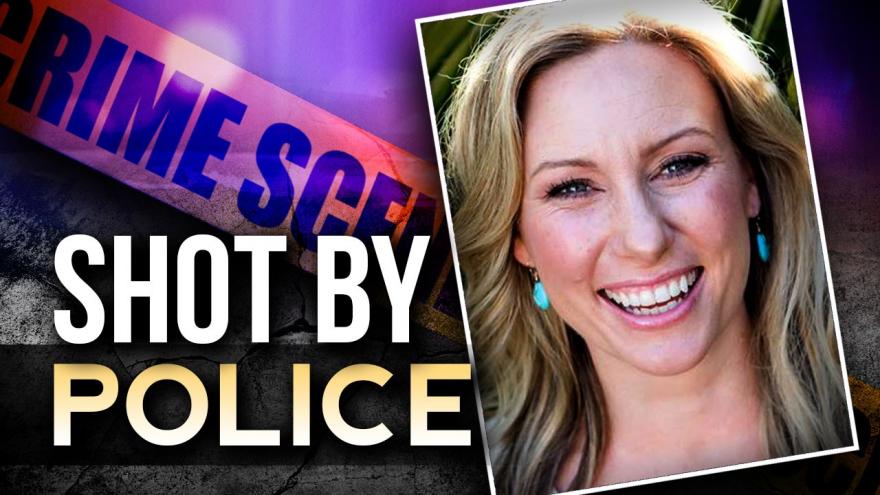 By Eric Levenson and Carma Hassan

(CNN) -- Justine Ruszczyk, the woman fatally shot by Minneapolis police on Saturday night, made two 911 calls reporting a possible sexual assault near her home 20 minutes before being killed, according to transcripts of the calls.

The transcripts, released by the city of Minneapolis on Wednesday, provide the first look at Ruszczyk's perspective in a police shooting that remains remarkably unclear five days later.

Her first 911 call was made at 11:27 p.m. CT, and she reported someone either having sex or being raped near her home.

"I can hear someone out the back and I, I'm not sure if she's having sex or being raped," she told the dispatcher.

"Yup, officers are on the way there," the dispatcher said.

Those concerned calls ended in tragedy on Saturday night after two Minneapolis police officers, Mohamed Noor and Matthew Harrity, responded to the scene.

The shooting was not captured on police body cameras, and Noor has not spoken to investigators. The lack of information has left the public -- including Mayor Betsy Hodges -- in the dark about what occurred.

Below is the full transcript of Ruszczyk's two conversations with police. The audio was not released.

Operator: 911, what's the address of the emergency?

Caller: Hi, I'm, I can hear someone out the back and I, I'm not sure if she's having sex or being raped.

Operator: Give me the address.

Operator: Washburn Avenue South. You said it's behind (inaudible)?

Caller: And there's a (inaudible) out the back, yup, yup. And I think she just yelled out "help," but it's difficult the sound has been going on for a while, but I think, I don't think she's enjoying it. I think it's, I don't know.

Operator: Okay, well I already got a call started and help on the way. Uh, you can't see anything, you're just hearing a female screaming then, is that what you're saying?

Caller: Yeah. It sounds like sex noises, but it's been going on for a while and I think she tried to say help and it sounds distressed.

Operator: Okay, I've already got an officer on the way. What is your name?

Operator: And a phone number?

Operator: Okay, we've already got help on the way. If anything changes before we get there just give us a call right back, but officers should be there soon.

Operator: Okay, not a problem.

Operator: 911, what is the address of the emergency?

Caller: Hi, I just reported one, but no one's here and was wondering if they got the address wrong.

Operator: Are you JUSTINE?

Operator: You're hearing a female screaming?

Caller: Yes, along behind the house.

Operator: Yup, officers are on the way there.