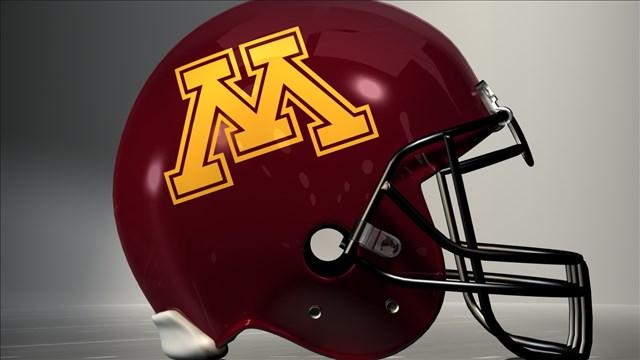 (CNN) -- The University of Minnesota football team has agreed to practice again and to play in the Holiday Bowl on December 27, players told reporters Saturday, ending a boycott over the suspensions of 10 of their teammates.

The 10 players remain suspended following reports of sexual assault allegations. But the team decided it will play in the bowl game after university officials assured them the teammates will be treated fairly, senior wide receiver Drew Wolitarsky told reporters.

CNN affiliate WCCO in Minneapolis posted video of the press conference on its Facebook page.

The team had threatened to skip the December 27 game unless the 10 suspensions were overturned.

But after meeting Friday night with university officials, the team realized that "was not going to happen," Wolitarsky said.

"We had a very frank and candid discussion," University President Eric Kaler told reporters Saturday. "I listened to their concerns. I was able to explain our point of view around the actions that we took.

"I'm grateful that the student-athletes have decided to end the boycott and represent the University of Minnesota."

The university said in a statement that 10 players were suspended indefinitely on Tuesday.

The university named the players, but CNN is not naming them because they were not charged with any crimes and it's not clear why they were suspended. Four were suspended for several games earlier this season.

Kaler said in a statement that student-athletes are held to a high standard of conduct and when those standards are unmet, "there are consequences."

He called the suspensions an athletics department decision based on values.

No support for sexual assault

Kaler said Saturday that, in supporting the suspended players, the team was not condoning sexual assault.

The team statement also addressed that. The team had objected to the 10 players being publicly identified and what it saw as a lack of due process for them.

"Sexual harassment and violence against women, they have no place on this campus, on our team, in society and at no time should it ever be condoned," Wolitarsky read from the statement. "There is only one acceptable way to treat all women and that is with the utmost respect at all times.

"We are not here to judge nor defend their actions. That is for the authorities."

He said the team and university agreed on a showing of support for the team and the "character shown by the great majority of our players." And the team will "use our status as public figures" to bring attention to the issue of sexual assault against women," he said.

They are set to take on the Washington State Cougars at 7 p.m. ET on December 27 in San Diego. Both teams are 8-4 heading into the National Funding Holiday Bowl.

The payout for the game is $5.93 million total for both teams, the Holiday Bowl Media Guide says. The guide says the economic impact of last year's game was $17.2 million.