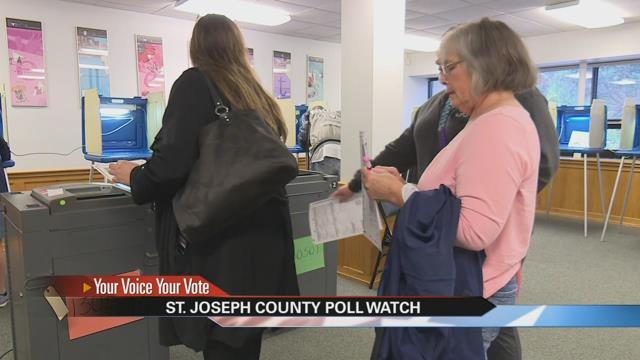 There were problems at several polling locations across St. Joseph County, all day Tuesday. Most of the problems were technical, as machines either froze or spit ballots out.  All on top of what poll workers say, was a very busy morning.

The O'Brien Center and Fire Station 5 in South Bend, both had problems with the ballot tabulator.  Some of the ballots were forced to be held in a secure location, until machines were back up and running.

Problems also arose at Coquillard Primary School in South Bend.  ABC57 received numerous calls from viewers saying they had been turned away from voting.

ABC57 spoke with the Precinct Inspector, who did not want to go on camera, and said that those people had moved, and not changed their addresses, making the school, the wrong location for them to vote in.

Those viewers told ABC57 they had not moved.

Throughout the day, voters left polling places relieved, happy that voting and campaigning was over.