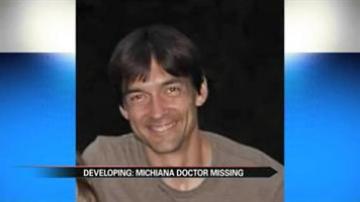 MISHAWAKA, Ind. -- Search and rescue efforts are in full force for a Mishawaka doctor who disappeared on a hiking trip in Colorado. James McGrogan, 39, walked ahead of his group near Vail on March 14, and hasn't been seen since.

The Rocky Mountains boast a dangerous side of Mother Nature, one nobody should take on alone.

Dr. McGrogan was in Colorado for a hiking trip with some friends.

"They were hiking into the Eiseman Hut which is located near Vail, Coloardo," said Mosher.

McGrogan decided to walk ahead alone.

"Basically around 10 a.m., the group decided to take a break. At that point, one of the individuals, who is now identified as Mr. James McGrogan, decided to continue on ahead of the group," said Mosher.

But when the rest of the group reached the top of the Eiseman Hut, they realized their friend was nowhere to be found.

He has not been seen since.

Several search and rescue groups, including Vail Mountain Rescue Group and even the Army National Guard, are looking for him.