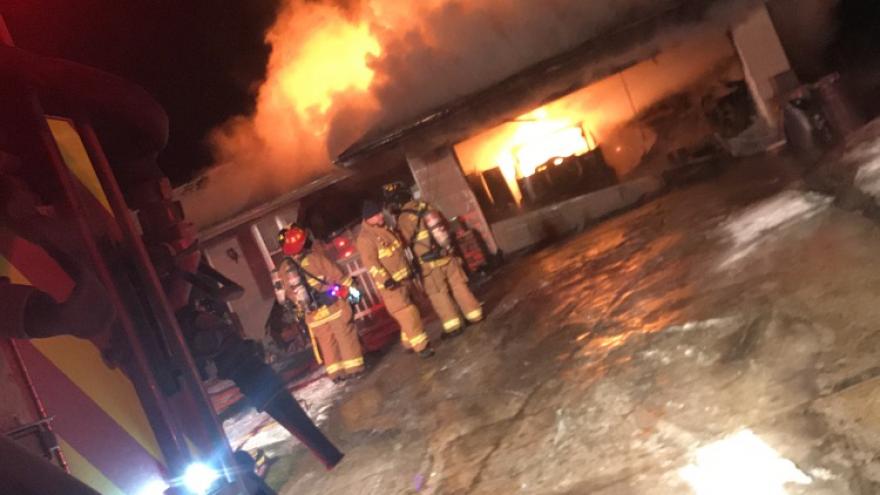 MISHAWAKA, Ind. - A family of four is working to repair their home after a fire started in their garage early Sunday morning. Penn Township Fire says it's thanks to their smoke detectors that everyone made it out safely.

The Penn Township Fire Department was dispatched to a house fire on the 11800 block of Willard Drive off of Cedar Trail early Sunday morning.

Upon arrival, they discovered heavy fire coming from the attached garage of the home.

The family of four had all made it out prior to their arrival without any injuries.

Fire officials say units performed an aggressive interior attack on the fire but had to be pulled out when the roof collapsed.

The damage is estimated to total $120,000, but officials say the house is not a total loss.

Fire officials say they had difficulty because of the sub-zero weather and lack of fire hydrants in the area.

Chief of Training with Penn Township Fire, Brian Kazmierzak, says the reason the family made it out safely was because of their smoke detectors. They had been sleeping when the fire started.

He hopes this serves as a reminder to make sure everyone has a working smoke detector.