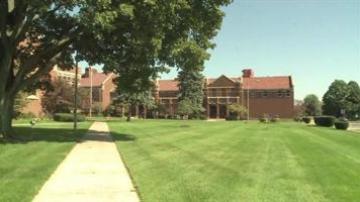 MISHAWAKA, Ind. -- It's homecoming season in Michiana, but in Mishawaka the celebration hit a snag. Mishawaka High School's Homecoming parade has been canceled because of road construction. Instead they're having a mid-week pep rally.

"It is incredible how much they have put into this," said Luis Osorio, Student Council President.

Osorio says the Student Council has put in many hours to make these events possible.

"We have been here from four to five hours decorating the school, to getting up an hour earlier before school just so we can set up designs or verify with Mr. Breske that we can do something so it doesn't make it bad for the school," said Jerome Calderone, Principal of Mishawaka High School.

"We have got a unique situation at Mishawaka High School because it has so much history to it. It is a traditional activity. The Student Council takes it very seriously because it is our major function of the year," said Breske.

One of those events is the annual parade on Friday night through the streets of Mishawka.

But this year, due to closures on Third & Fourth streets, the students will not be singing and dancing down the streets.

Principal Calderone says it's not going to stop them from celebrating.

"Tonight we are doing a community pep rally. Usually on Friday's we will have a parade but unfortunately this year with the construction going on they are not able to close down LincolnWay. So tonight we thought we would add something different for that," said Calderone.