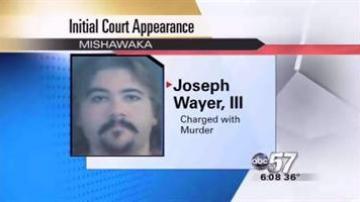 MISHAWAKA, Ind. -- A Mishawaka man accused of killing his ex-wife appeared in court on Wednesday.

Police said he stabbed his ex-wife Barbara Sheppard several times in the neck.

Her body was found back in December outside of Lowe Bob's Discount Tobacco, where she worked.