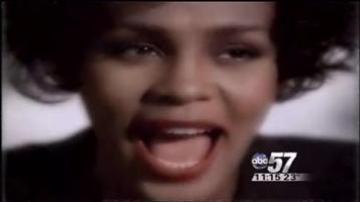 MISHAWAKA, IND. -- "Her voice was just amazing. She really knew how to get an audience's attention with just her stage presence," said Whitney Houston fan Jim Felix.

Jim Felix said when he attended the Special Olympics concert at Notre Dame back in 1987, the only thing more beautiful than Whitney Houston was the sound of her voice.  He could not believe his eyes when he turned on the television and saw the news of her death.

"I thought I was seeing things. Whitney Houston died."

He said the news of her death had him pulling out some of her old albums.

"Songs have been going through my head ever since last night. So many good songs."

Felix said her death is a major loss not only to her family and friends, but to the music industry.

"It's a real shame," said Felix. "I know she made a comback album a couple of years ago. She never knew what she could have done with the rest of her life."

Despite her tumultuous life, he hopes Whitney will be remembered for her stage presence and that powerful voice.