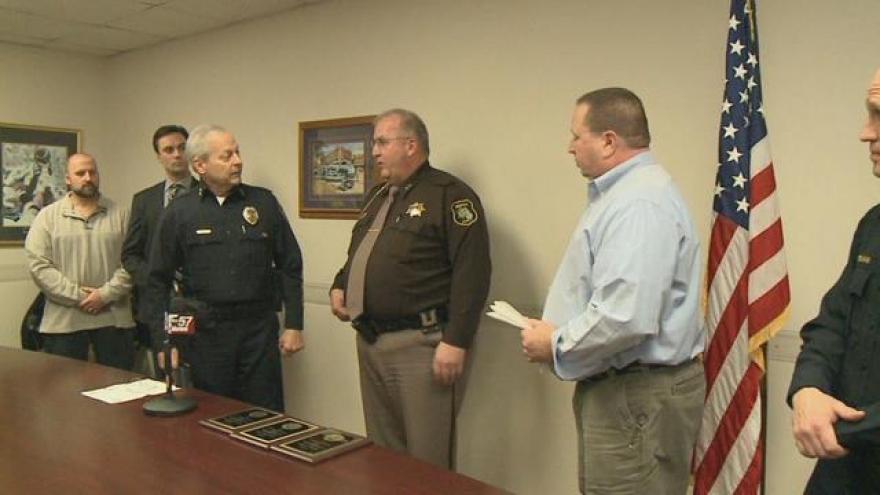 The Mishawaka Police Department honored three members of the Berrien County Sheriff's Office for their assistance in apprehending suspects in an armed robbery.

On July 4, 2016, a young mother with her infant in the car was robbed at gunpoint at the University Park Mall.

The suspects took her wallet, keys and phone.

The victim's credit card was used in Mishawaka and Benton Harbor.

Berrien County deputies obtained surveillance video of the person using the credit card and the victim confirmed it was the person who robbed her.
The suspect was identified, located and arrested.

Mishawaka Police Chief Kenneth Witkowski said the case could not have been solved without the help of Berrien County Detectives Margherone, Biggart and Casto.

"This case wouldn’t have been solved without the effort of the Berrien County detectives up here. They went far and beyond .This is definitely big. It’s huge for both communities to get people like that off the street because no doubt they’re a danger to society," said Witkowski.

"The criminals don’t know the boundaries of state lines and us working together is going to keep our community safer and we’re going to bring people to justice and put them in prison if they need to be," said Sheriff Bailey.