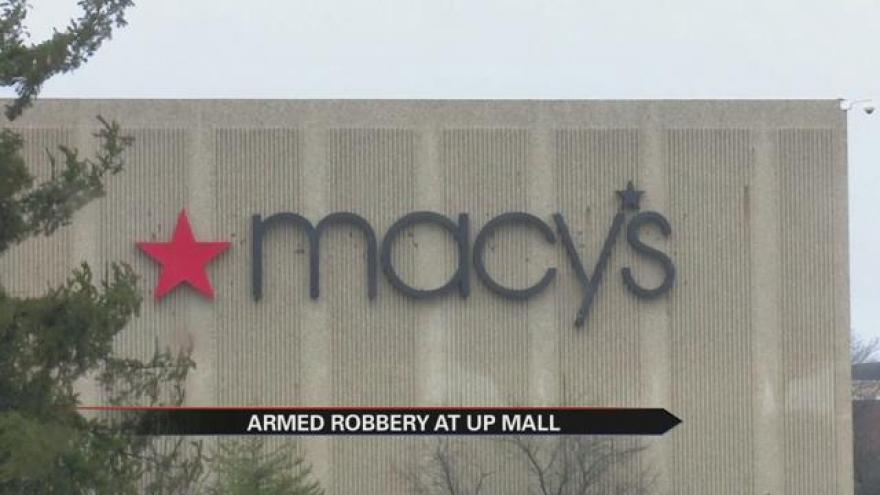 Mishawaka Police are investigating a robbery that happened outside the Macy's Tuesday morning.

The robbery happened around 9:30 a.m.

She wasn't physically harmed, but according to Mishawaka Uniform Division Chief, Jason Stefaniak, she was shaken up.

This is something Mishawaka Police have not seen before: an attack outside the mall, in broad daylight.

"This is very odd," added Stefaniak. "It's an odd occurrence so we'll be stepping up our patrols."

Although they are going to be watching the area more closely, to make sure something like this doesn't happen again, police are encouraging everyone to be aware of their surroundings.

"Have your cellphone out, maybe you can give someone a call, or pretend you're on the phone," advised Stefaniak. "I'm not saying you can never be alone, but if you can, be with a buddy."

Anyone with information is encouraged to contact the Mishawaka Police Department.