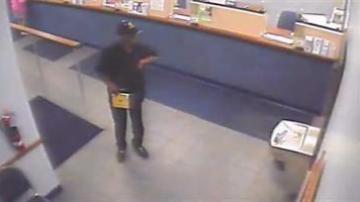 MISHAWAKA, Ind. -- The hunt is on for a man who Mishawaka police say tried to hold up the Community Wide Federal Credit Union on Hickory Road.

Cops say he took out a stun gun and handed the teller a note demanding money. Witnesses said he did not get with any cash.

He's described as about 50 years old 5’6” with a thin build and he has a beard. Police say the guy was last seen wearing all black and a baseball cap with a blue symbol on it.