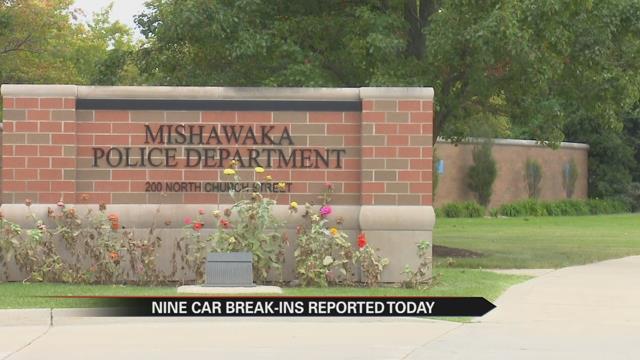 Mishawaka Police say there’s been a spike in thefts from vehicles.

Wednesday alone, at least nine cars were broken into or had items stolen.

“We’ve had a spike in larceny with motor vehicles,” Lt. Tim Williams with Mishawaka Police said.

It’s happening all over town, in both shopping and residential areas.

Police say they aren’t sure why this crime has occurred so often within the last few weeks.

The thieves have taken numerous items.

There are the usual targets, spare change, tools and global positioning systems.

In addition, a clarinet, vehicle registrations and even coveted Cubs tickets were taken.

While the stolen items may differ, Lt. Williams says the criminals tend to target the same types vehicles.

They typically choose cars that are unlocked or have expensive items in plain view.

Police say the best protection is taking valuable items out of cars, and locking them.

“The bottom line is usually the ones that were broken into are the ones that have had valuable things left in it,” Williams said.